Footage from the Prudential Tunnel shows the driver stopped traffic on the busy highway. 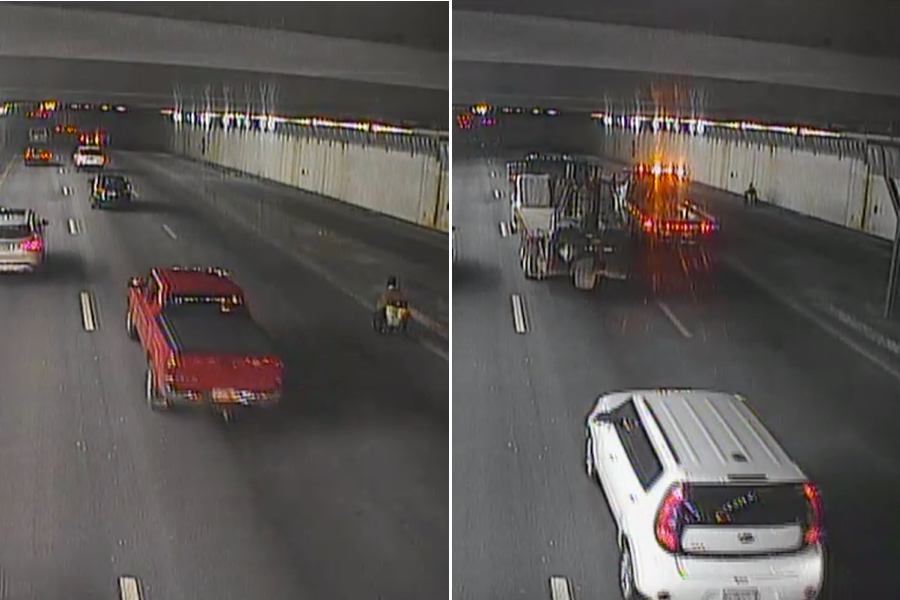 Screenshots from video provided by MassDOT

A quick-thinking tow truck driver may have saved a life Tuesday morning after coming across a man in a wheelchair inside Boston’s busy Prudential Tunnel.

Video from security cameras in the tunnel shows a 56-year-old Boston man in a wheelchair making his way westbound along the right lane of the Mass Pike at around 8:15 a.m., as cars rush by. The footage provided by MassDOT shows a tow truck driver, who has not been identified, pulling over with emergency lights flashing to block traffic and alert other oncoming cars. The man in the wheelchair can then be seen crossing a lane of traffic to get to the far-right lane near an on-ramp. He was not injured.

State Police say emergency personnel showed up shortly thereafter and that the man in the wheelchair has been taken to an area hospital for evaluation. More information about how he ended up in the dangerous scenario was not immediately available Tuesday. But for now, police are thanking the driver of the tow truck for helping shield him from danger.

“He was extremely helpful,” says State Police spokesman Dave Procopio, in an interview. “The tunnels are not meant for vehicles such as wheelchairs, bicycles, scooters, or mopeds. So there is a serious risk to a person using such a form of transportation in the tunnel. It’s too narrow, and especially during the morning rush hour there could have been tragic consequences.”

“The driver played a huge role in turning his lights on and getting involved,” he continues. “We commend him for protecting this gentleman until emergency personnel could arrive.”