A Brush Fire in the Fens Sent Smoke Pouring over Boston

One man was taken to an area hospital with burns. 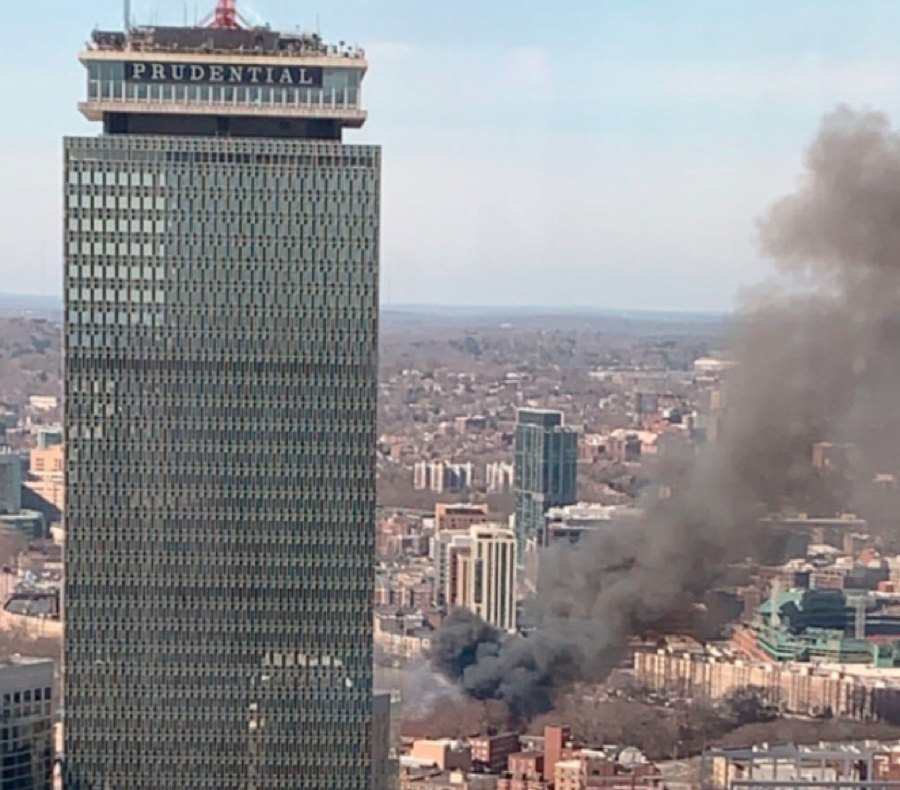 A man suffered burns and black smoke poured out over Boston from the Fenway area Thursday as a brush fire erupted in the Fens.

Fire has been knocked down all companies making up pic.twitter.com/LkAnImg5vX

Photos and videos captured at the scene show a large cloud of smoke rising from the area as Boston fire crews arrived at the scene. The fire left behind a large, dark scorched patch in the park.

One man who suffered burns in the fire was taken to an area hospital after first-responders pulled him from the Muddy River. A Boston Globe photographer witnessed the rescue first-hand.

#BREAKING Paramedics are treating one person at the scene of this brush fire in the Fenway area of Boston. State Police say detours are in place on Park Drive at Brookline Avenue pic.twitter.com/h387VVL3vw

A brush fire is currently active in the Back Bay Fens. Please avoid the Fenway Victory Gardens and Mother’s Rest areas of the park and stay out of the way of first responders fighting the blaze. pic.twitter.com/qKS16QM3YL

There had been so much smoke, in fact, that the plume could be seen clearly on the National Weather Service’s radar system.

At the same time, fire crews were responding to a two-alarm fire at a two-family home in Hyde Park. There were no injuries reported at the scene.