Pete Buttigieg Is Coming to Northeastern

He'll be here April 3 to talk "Millennials in Politics." 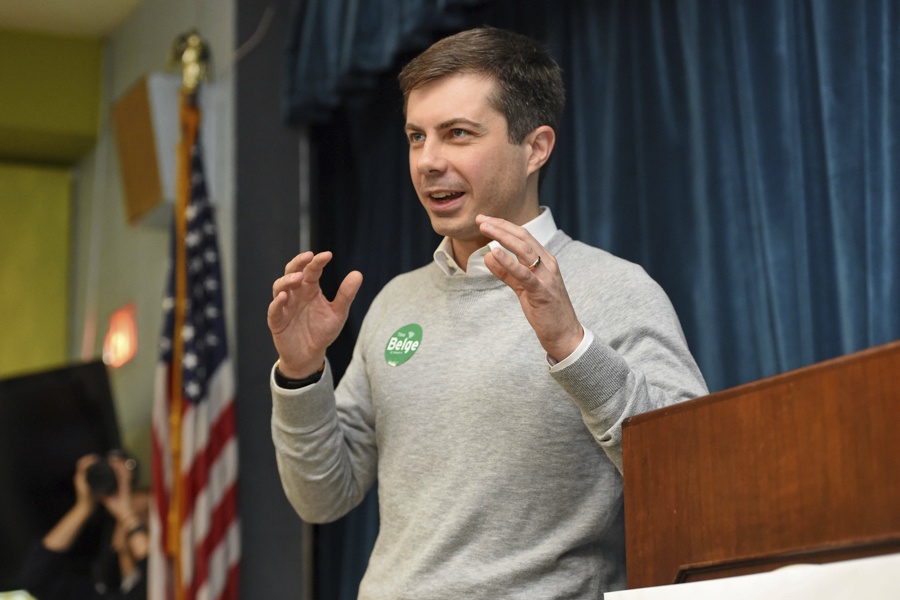 Pete Buttigieg, the Indiana Democrat vying to become the nation’s first millennial president, will be in Boston next week for an appearance at Northeastern.

Sometimes known by the shorthand “Mayor Pete,” thanks to his impossible-to-pronounce last name, Buttigieg will appropriately be asked to weigh in on “Millennials in Politics” at an April 3 forum inside the school’s Blackman Auditorium, from 4-5:30 p.m.

Northeastern tells me the event is not “sold out,” despite an Eventbrite page for the event that gave that impression. In fact there are no tickets for the appearance, where admission will be first come, first served, according to a university spokeswoman. Due to “high interest,” his talk was moved from a smaller space to the auditorium, which seats about 1,000 people.

Kimberly Atkins, senior news correspondent for WBUR, will moderate a discussion on how “millennials are increasingly driving the national political agenda,” according to a description on Northeastern’s website.

If his exploratory campaign morphs into the real thing, Buttigieg, the 37-year-old multilingual Harvard alum, Afghanistan veteran, and mayor of South Bend, Indiana, would be the nation’s first openly gay presidential candidate in a major party.

He has been gaining ground among Democrats recently. He clocked in at 4 percent in a Quinnipiac poll, roughly on par with Elizabeth Warren.

In case you need a little help with that last name (it’s apparently BOOT-edge-edge), the Daily Show‘s Trevor Noah this week offered an explainer:

Meet Pete Buttigieg: a name to remember (and learn how to pronounce). pic.twitter.com/xj6InPYMRy