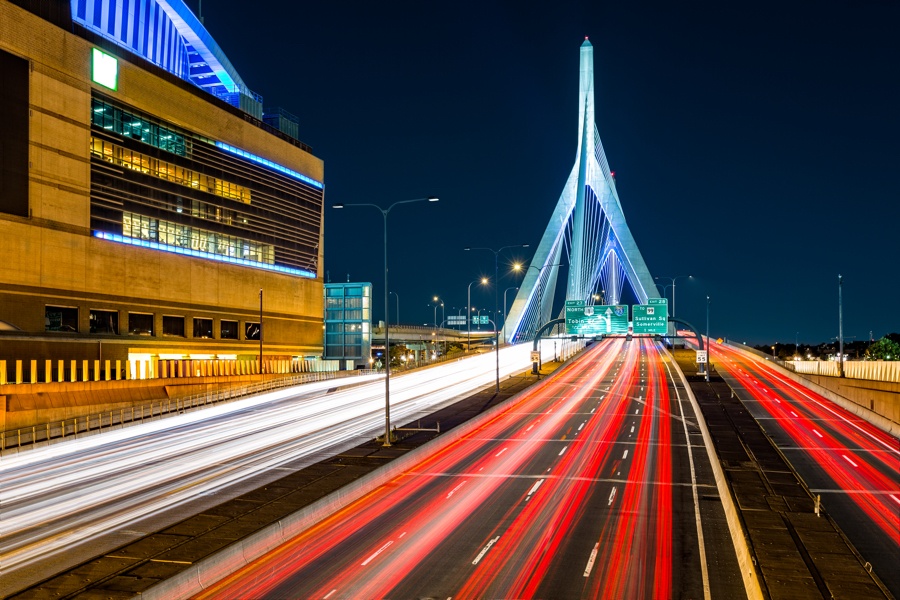 Some days, it’s hard enough to get through Boston’s O’Neill Tunnel in a car. Imagine doing it on a bicycle, while popping a wheelie.

That’s what about 30 young bikers in Boston appear to have done on Saturday night, as video footage shows them pedaling their way through the busy underground roadway. State Police also say the cyclists were seen riding on the Zakim Bridge.

Video comes to us by way of all the bewildered and/or terrified people sharing the road with the bikers, who passed the footage on to local media.

Video you’ll see only on @boston25 – dozens of teens on bikes ride through through the O’Neill Tunnel. MA DOT says they were also spotted on the Zakim! State Police are investigating. pic.twitter.com/1hQfJusuqX

In an emailed statement, State Police say they caught up with the teens and forced them out of the tunnel at South Station, where they fled. There were no arrests reported.

Around 6:30 pm Saturday evening, about 30 kids on bicycles (not motorbikes) entered the tunnel from Leverett Circle. Troopers responded and caught up to them in the tunnel and forced them out at South Station. Once out of the tunnel they disbursed and fled. We didn’t pursue them due to obvious safety reasons.

Dealing with prank-loving, trick-doing kids on bikes are of course a part of living in Boston, where the community of teens who pull stunts like this and sometimes post videos of them online is vibrant. This is the first time in memory they were brave enough to make it into a major tunnel like this.

Bikers do occasionally find themselves in the tunnel by mistake, including this guy, who ended up in that very dangerous position after St. Patrick’s Day last year.

Through a spokesman, MassDOT would not offer many details of this weekend’s incident, except to say that an investigation is underway. The agency said it would not release surveillance footage until the investigation is complete.