Tom Brady Wants Rob Gronkowski Back as Much as You Do

According to a suspicious comment on the NFL's Instagram last week, the Patriots quarterback is hoping for a return. 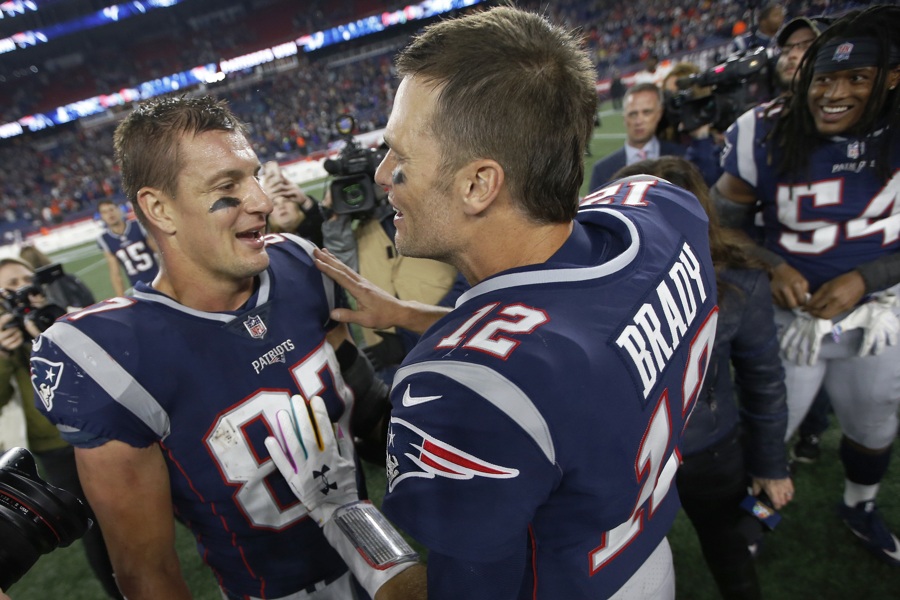 Patriots wide receiver Rob Gronkowski announced his retirement from the NFL last week. But maybe there is life after death, at least where the immortal Tom Brady is involved.

The NFL posted a graphic to their Instagram page listing the players with the most receiving touchdowns off passes from TB12. Of course, Gronk topped the list with 78, double the second-place Randy Moss with 39.

But apparently Brady isn’t satisfied with 78. (Gronk is probably just disappointed that he didn’t stop nine touchdowns ago.)

“I hope 78 isn’t the final number,” Brady commented on the post, adding a rolling laughing emoji at the end for good measure. Apparently Patriots Nation agrees with their Messiah—his comment has over 15,000 likes.

Gronk’s retirement came as a shock to many, especially considering he’s only 29 years old. Compare him to Brady, who at 41 would probably only leave the NFL if you dragged him out literally kicking and screaming, and Gronk seems like he’s leaving the party early. And he would never leave a party early.

Factoid of the day: Tom Brady was entering his 11th NFL season when Gronk was drafted nine years ago, and Brady has outlasted him

Maybe it’s denial or just blind hope, but speculations about his return have been flying since the minute his announcement went up.

Gronk’s agent, Drew Rosenhaus, told ESPN Monday that he thinks his client would hop back on the field if Brady called him up and asked.

NBC Sports Boston’s Tom E. Curran said the Pats were “surprised” by Gronk’s decision, but are only tentatively planning for next year without him, reserving some hope for a return.

And now Brady, who commemorated his (former?) teammate with a touching Instagram post last week, is openly endorsing a return. Gronk may have to consult the bylaws, but maybe in this day and age an Instagram comment counts as a call—in which case, don’t put the Gronk jersey away just yet.