She just took a job with the e-cigarette giant. 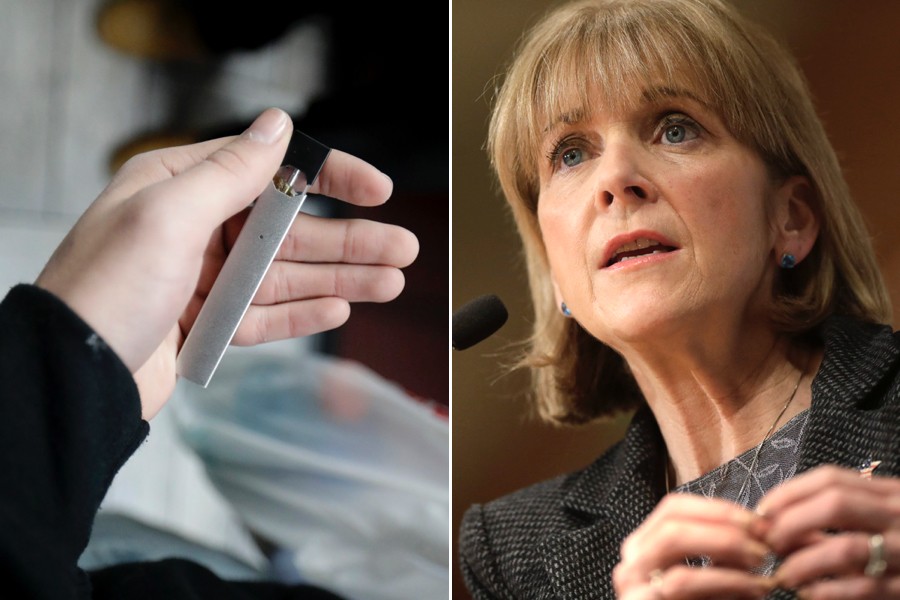 Martha Coakley, the former Massachusetts Attorney General and onetime candidate for governor, is taking a job with Juul.

Politico reports Coakley will join the government affairs team at the e-cigarette company, which has dominated the vaping market during a time of intense scrutiny for the industry. Earlier, she had worked for the company as a consultant. Now she’ll be working for Juul full-time.

“I believe in JUUL Labs’ commitment to eliminate combustible cigarettes, the number one cause of preventable death in our country, and to combat youth usage,” Coakley said in a statement to WBUR. “JUUL has an incredible opportunity to switch adult smokers and I look forward to working with stakeholders from the private and public sectors as we fulfill that mission and prevent youth from ever using vapor products like JUUL.”

The move sets up an unusual dichotomy between Coakley, who served as AG from 2007-2015, and her successor and former staffer, current Massachusetts Attorney General Maura Healey, who last year launched an investigation into Juul. Healey has accused the San Francisco-based company, and others in the e-cigarette business, of marketing its nicotine-laced vapor products to teenagers. As luck would have it, the news broke the same day Healey is slated to be the keynote speaker at an anti-teen vaping event in Newton.

Coakley has some history with vape regulation. Back in 2013, she joined 39 other state attorneys general in supporting a push to get the FDA to classify e-cigarettes as tobacco products.

It makes sense that Juul might be looking for some political muscle this year.  Amid intense public scrutiny over Juul’s popularity among children, the company has tried to fine-tune its image, portraying itself as a company focused on helping adult cigarette smokers quit and keeping kids away from its products. Juul has publicly backed measures that raise the minimum age for buying tobacco products to 21, as well as the FDA’s push to remove flavored e-cigarettes from most stores. In a recent Washington Post op-ed, Juul CEO Kevin Burns acknowledged that youth use of his company’s vapes is “a serious problem that threatens the opportunity our industry offers.” Juul has also pushed for a crackdown on what Burns called “counterfeit, knockoff and other illegal vapor products.”

Juul’s lobbying budget more than tripled between the second and final quarters of last year, to $750,000—among tobacco companies, it’s now the fourth-biggest spender in Washington.