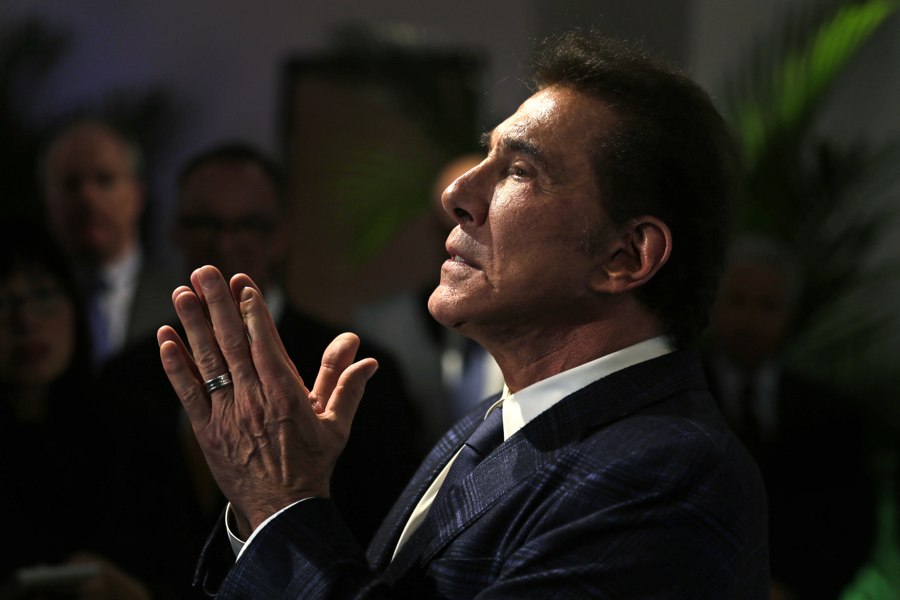 A report detailing how Wynn Resorts handled allegations of sexual misconduct against founder Steve Wynn is out. And it could spell trouble for the company, which is just months away from its planned opening of a casino in Everett.

Made public for the first time this morning, the report says executives “disregarded” the company’s own policies in response to allegations of sexual assault made by several women against Wynn.

“[O]ver over a course of years, a limited group of executives and employees in positions of authority at the Company, including in the legal divisions, were aware of certain allegations of sexual misconduct against Mr. Wynn involving employees, but they disregarded Company policies when it came to handling those allegations,” reads an executive summary of the report from the Massachusetts Gaming Commission’s Investigations and Enforcement Bureau.

It continues: “The investigation also shows that in some instances particular Company executives, with the assistance of outside counsel, were part of affirmative efforts to conceal allegations against Mr. Wynn that came to their attention.”

The company, the report found, did not train Wynn on its sexual harassment policy, did not properly document allegations made against him or report them to its board of directors, fostered a culture in which employees were afraid to speak up about sexual harassment and misconduct, and “potentially diminished the Company’s ability to safeguard the well-being of its employees.”

Commissioners on Tuesday began hearings on the Vegas casino conglomerate, which are taking place at the Boston Convention and Exhibition Center and may continue for several days. At some point the panel will decide whether Wynn Resorts can keep its license to operate Encore Boston Harbor, the gleaming $2.6 billion resort casino that has risen over the Everett skyline and which is slated to open its doors in June.

Its future has been thrown into question ever since a report in the Wall Street Journal published sexual misconduct allegations from several women. Wynn has since stepped down, as have several members of the Wynn Resorts board, and the company says it has new training and reporting policies on sexual misconduct. In a new post on the Wynn Resorts website, the company says it “has undergone a corporate transformation.” It also says it will not contest the report’s findings.

But, investigators say, “The significant changes in leadership, policies, structure, and internal controls at the Company do not erase the fact that the corporate failures revealed in this investigation are significant, repetitive, and reflective of the Company’s historical governance practices. Inaction and failures on the part of the identified former executives at this publicly-traded Company, which was led by its founder at the time, appear to have contributed to a culture where employees were reluctant to report allegations against Mr. Wynn to management. The Commission should evaluate the entirety of the Company’s response to the allegations of sexual misconduct in light of the evidence revealed in this investigation and detailed in this report.”