Offering tasty suds in the fresh air, beer gardens are more popular than ever. So why are restaurants waging war against the city’s favorite outdoor pastime? 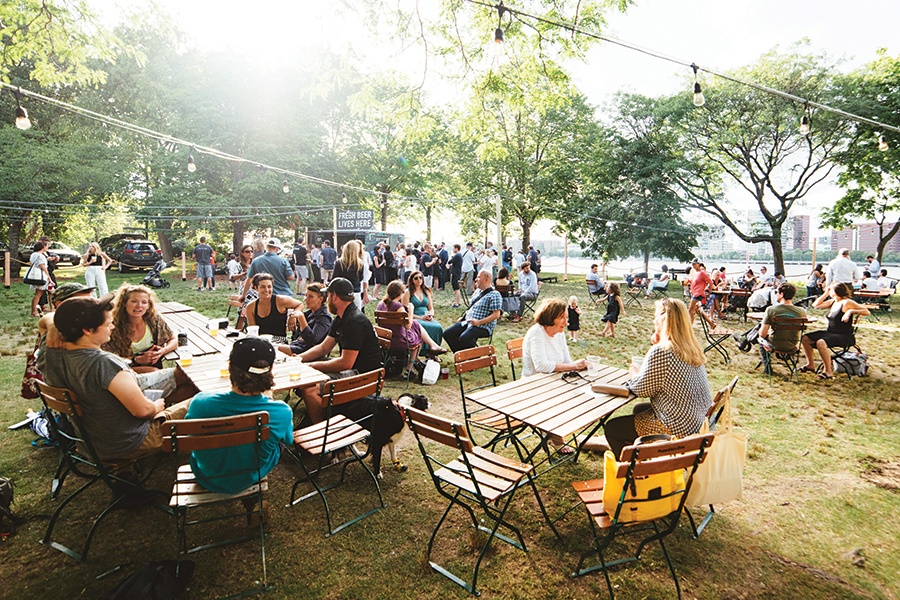 The Night Shift Owl’s Nest on the Esplanade. / Photo by Tim Oxton/Night Shift

Bostonians love a good beer garden. They hit all the sweet spots in après-work imbibing: sought-after brews, fresh air, food-truck dining, and Instagram-friendly ambiance. When the Greenway began hosting one in 2017, featuring the local brewery Trillium, it became an instant hit and was packed all summer long with young professionals happily waiting in line to fork over fistfuls of cash for the privilege of downing IPAs in the sun. Other beer gardens have since sprung up on the Esplanade and in Herter Park, and one is now part of the seasonal offerings on City Hall Plaza. All of a sudden, they’re everywhere. And they need our help.

Here’s the problem: For the past year, Boston’s restaurateurs have been seething with envy as beer-garden mania has rapidly taken hold, and they’re now preparing to wage war. At the State House, the restaurant industry is backing a proposed limit on one-day licenses for outdoor drinking to 14 a year per company, which would close a loophole that allows permitted beer-garden operators to stay open all summer long. In an effort that smacks of last decade’s fight over food trucks, local eateries have also begun lobbying city officials and the mayor’s office to regulate beer gardens into oblivion, either by limiting their numbers, corralling them into far-flung corners of the city, or bogging them down with drawn-out public hearing processes. If restaurateurs succeed, they risk stymying the city’s growing beer industry, cutting off what has been a serious source of revenue for Boston’s parks, and delivering a near-fatal blow to a craze that’s doing wonders for our city’s stodgy reputation. 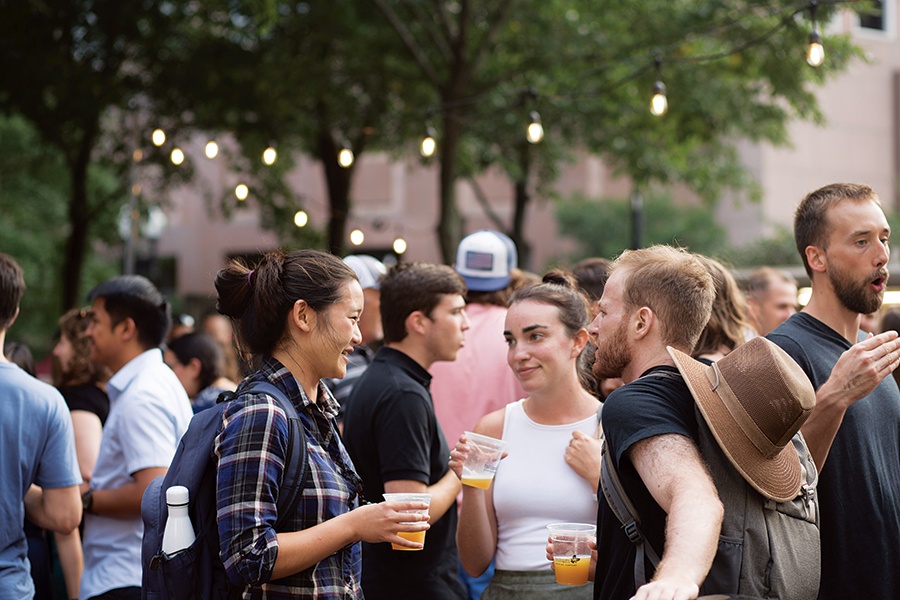 Sipping and socializing at the Trillium Garden on the Greenway. / Photo by Trillium

So why all the hate? If you own a brick-and-mortar bar or restaurant, it turns out that this new al fresco drinking trend is a serious threat to your bottom line. “It’s not fair to those people that have invested literally millions of dollars, employ 50, 60, 70 people year-round, and do it in good weather and bad weather to earn a living,” says Bob Luz, president of the Massachusetts Restaurant Association, who also assures me that the MRA isn’t “where fun goes to die.” Traditional watering holes, he points out, have overhead costs that beer gardens do not, including indoor plumbing and ever-increasing rents. On top of that, restaurants are required to buy year-round licenses to pour beers, which—due to long-standing policies—are scarce and notoriously expensive.

Conversely, many of these problems simply disappear if you’re licensed to pour outside. It’s relatively inexpensive to set up some fencing, chairs, portable toilets, and a place to tap kegs—all on lush, scenic space that is usually reserved for the public. Proprietors also are not subject to oversight from state alcohol regulators, and they never have to worry about those pesky, outrageously expensive licenses. At the same time, says Jonathan Tompkins, Trillium’s director of marketing, “The outdoor events bring energy, community pride, and revenue to neighborhoods that need awareness and revitalization.”

While it’s no surprise to the beer-garden community that the backlash has finally arrived, a crackdown isn’t the cure. If we want to relieve some of the pressure on restaurants, let’s talk about liquor-license reform before we do away with lazy afternoons sipping suds on the Greenway. And sure, let’s even write a proper set of rules for beer gardens—that’s only sensible. But we, as a city, deserve a little delight, as only a tasty Belgian White outside on a summer day can deliver. Let’s not screw up a good thing.