What Pete Buttigieg Said about Free College in Boston

He weighed in on the issue Wednesday night at Northeastern. 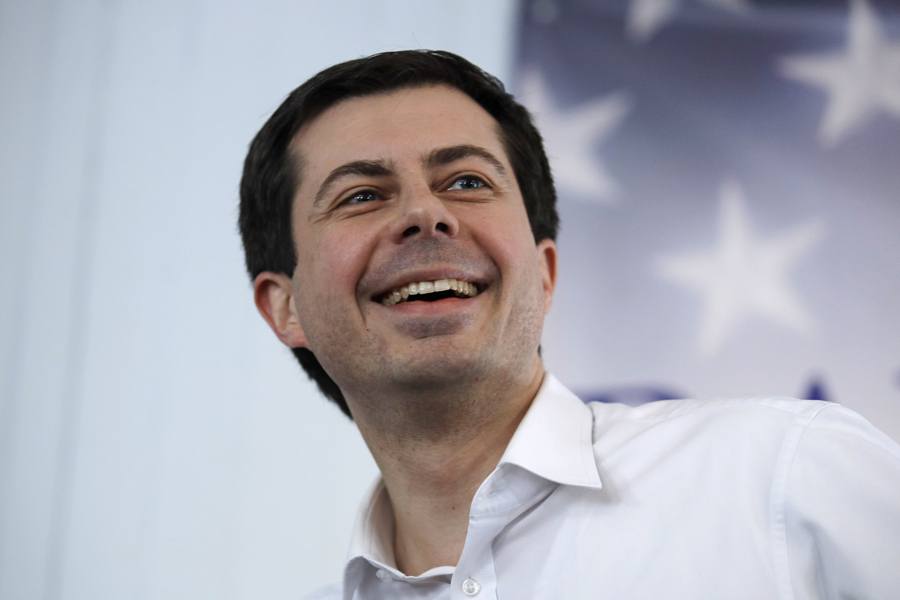 Mayor Pete Buttigieg, of South Bend, Indiana, smiles as he listens to a question during a stop in Raymond, N.H., Saturday, Feb. 16, 2019 | Photo via AP/Charles Krupa

Who would have thought, even just a few weeks ago, that the little-known mayor of South Bend, Indiana, would get a celebrity’s welcome in Boston? But that’s what the 37-year-old Democrat and presidential hopeful found when he arrived here Wednesday, as a crowd of 1,000 filled an auditorium at Northeastern (hundreds more who lined up reportedly couldn’t get in) to hear the suddenly famous politician speak.

So what did 2020’s millennial candidate tell a crowd largely consisting of millennial college students about one of the most-discussed topics among young progressives—free college—when asked?

The staunchest of free-college liberals might be disappointed. Politico’s Stephanie Murray reports that Buttigieg’s thoughts differ from that of the party’s left flank, saying free college—which has become a rallying for other Dems and has been pitched in a variety of forms—wasn’t his goal, and reframed that outcome as less progressive than it might look on paper:

Buttigieg acknowledged that his position might be “stopping short of what I’m sure is the right answer politically for this room,” according to the website Education Next. Instead, he told the crowd, he’s supporting alternate approaches to reining in the cost of going to college: having states picking up more of the tab, expanding federal Pell Grants for low-income students, and pushing reforms to help students refinance student loans or, in some cases, have them forgiven.

Like many of the rest of us of a certain age, he has some experience with sky-high college debt himself. He said Wednesday that he and his husband have six-figure student loan debt.