The Red Sox Home Opener Is Gonna Be a Cold One

Temps will be in the mid-40s with a chance of rain. 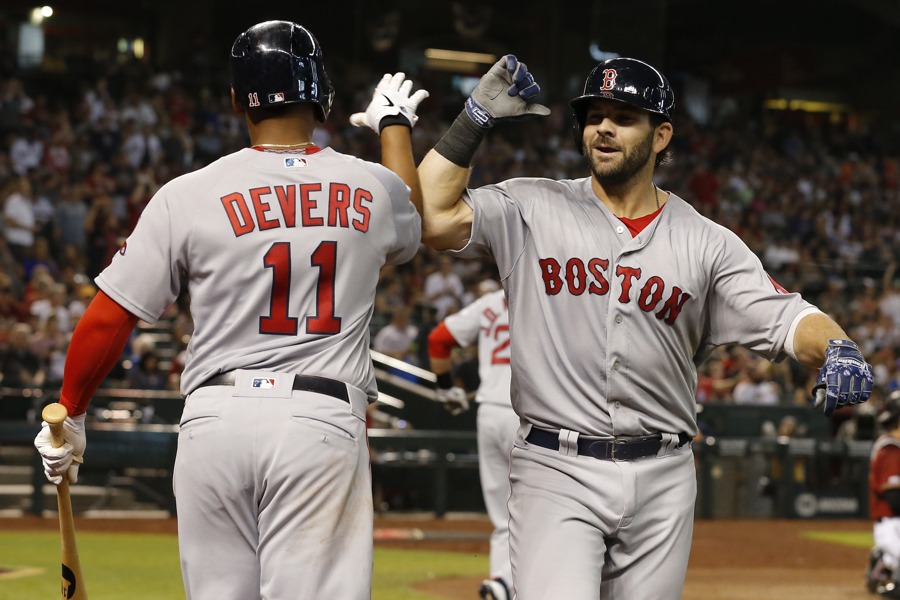 Break out the ponchos and your oldest baseball cap — the Red Sox are coming home to Boston, and it’s gonna be cold, and possibly wet.

Tuesday’s home opener might be dampened by rain showers across New England, forecasters with the National Weather Service say, although it’s possible conditions will stay dry. A 40 percent chance of rain is forecast early in the afternoon, increasing to 60 percent later in the afternoon and evening. High temperatures will be a bit chilly, in the mid-40s, with winds blowing at 10-15 miles per hour.

It’s a good thing those plastic seats at Fenway wipe off so easily.

The reigning World Champions have started this season in a less-than championship form, going 3-8 through their first three series. They’re coming back to the Hub on a high note, however, off a riveting 1-0 win over the Diamondbacks Sunday in Arizona.

Heading home with a W. pic.twitter.com/owNeK9Kyyt

Boston got a taste of summer over the weekend, with temperatures climbing up to almost 70 degrees. After Monday’s rain, temperatures for Tuesday will hover around 30 to 40 degrees, with rain still likely as the cold front tries to move through the area.

The Red Sox will be facing the Toronto Blue Jays in their first home series of the year. Tuesday’s game marks the first time the team will play in Fenway since winning the World Series in October.

Hopefully — for the sake of the team and the mental well-being of its fans — the return to home turf will pull the Sox out of their skid. That dirty water should do them some good.

After sending the Blue Jays home, the Sox will host the Orioles for a weekend series. If Mother Nature is a Sox fan, the Sox vs. Orioles game on Marathon Monday will be sunny and warm, but something in the forecast (mid-40s with a chance of rain later in the day) suggests she might be a New Yorker.

Next week, the Sox hit the road again to take on the Yankees for the first of many meetings in 2019.