Harvard, MIT, BU Helped Get Us That Black Hole Photo

Shout out once again to the local nerds. 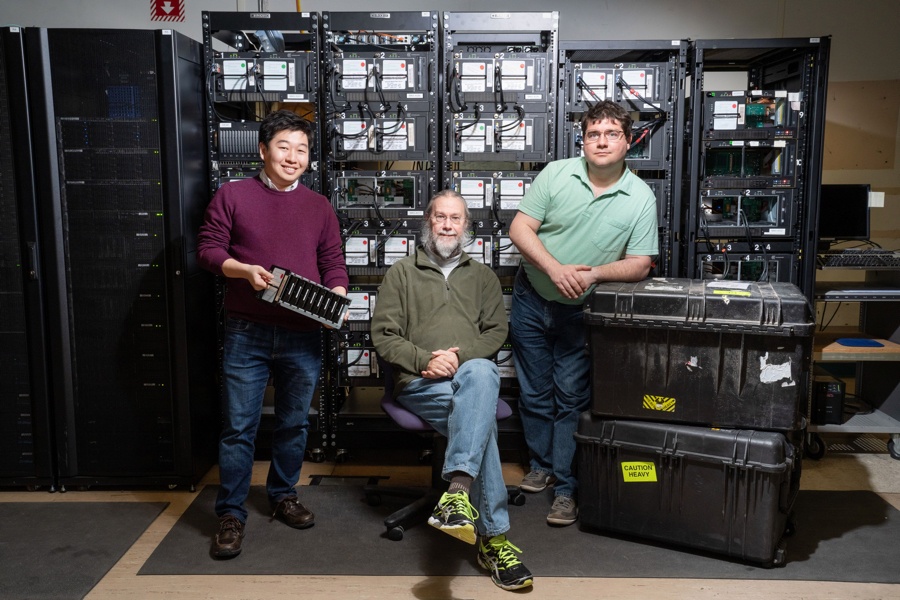 Brainiacs in our backyard brought us Earth-shaking news about the possibility of alien spacecraft streaking through our solar system, or communicating with life beyond the stars via laser, and now they’ve given humankind its first photo of a black hole.

A photo of one of the mysterious spheres—which apparently looks like a dark orb wreathed in a doughnut of orange light—was made public Wednesday, offering the first glimpse at a black hole that wasn’t a drawing or a CGI effect in a movie.

And, of course, we have a slew of local nerds to thank for this achievement. Experts at Harvard, MIT, and Boston University were among the globe-spanning team who pulled off the feat.

A global team of astronomers, led by Harvard scientists, have, for the first time, captured an image of a black hole: https://t.co/D5G4kD9bH9 pic.twitter.com/XPQ0b45DWs

“We have taken the first picture of a black hole,” said Harvard’s Sheperd S. Doelman, in an announcement. Doelman is the director of the Event Horizon Telescope Collaboration, a project that combined resources as far flung as Antarctica, Chile, Mexico, Hawaii, and Spain to create an image of a supermassive black hole at the center of a galaxy 55 million light years away called M87. “This is an extraordinary scientific feat accomplished by a team of more than 200 researchers,” he said.

We’ve never seen such an image before because it’s incredibly complicated to do so. Black holes, after all, are technically invisible, because they are so dense they suck everything into themselves, including light itself. So to see it, you have to detect radio waves emitted by the black hole and sent toward Earth, where they can be picked up with sophisticated equipment. And because none of the machinery is large enough to collect all that information on its own, the endeavor required help from around the world.

Among those lending a hand were astronomers at MIT’s Haystack Observatory, the leafy campus in Westford, Massachusetts that you might recognize for its giant Epcot-looking dome. 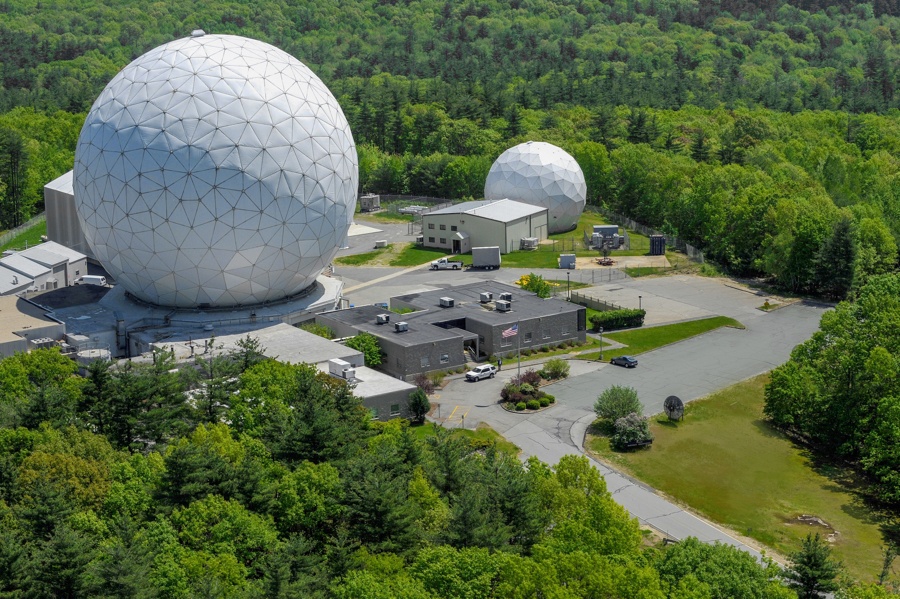 Eight radio telescopes in all contributed to the research, collecting so much data (about a million gigabytes) that it had to be stored on hard-drives and flown via airplane. The information arrived in Massachusetts and Germany last summer, and a globe-spanning effort has been underway to crunch the numbers and show us the Eye of Sauron-resembling image that is rocketing around the internet today.

“It was the second week of June, and I remember I didn’t sleep the night before the data was released, to be sure I was prepared,” says Kazunori Akiyama, one of the Haystack researchers, tells the MIT News. “The first image our group produced was slightly messy, but we saw this ring-like emission, and I was so excited at that moment.”

So stare in wonder at this remarkable picture, and spare a thought for all the brainpower in our area that helped make it happen.

Two Boston University astronomers, hundreds of collaborators, eight telescopes together glimpse a supermassive #blackhole 🕳 for the first time, and it might look a little different from how we all thought. #ProudtoBU https://t.co/ur4QZpW64e