It's being investigated by the Sox, BPD, and the FAA. 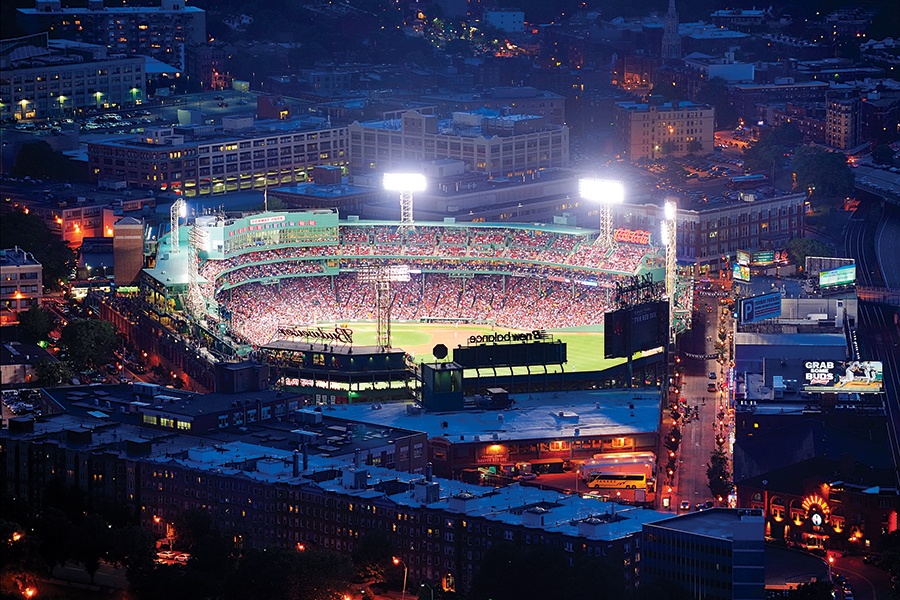 Late in the Red Sox’s Thursday game against the Toronto Blue Jays, fans noticed something hovering above Fenway. It wasn’t a bird, it wasn’t a plane, and it wasn’t even a sacrifice fly.

It was a drone, flying low over the baseball park during the last few innings. Thankfully (for the players and the drone) it never came close to the field, but it made a few laps around the stadium and even threw in a few quick drops to give the crowd a little thrill.

The drone has been classified as an “unauthorized flying object,” so technically you can say there was a UFO at the Sox game last night. There’s a sentence that’s probably never been said before.

“It kind of threw me off,” Sox first baseman Mitch Moreland told MassLive. “I looked up and was like, ‘they’re not supposed to have these around here, are they?’ I figured I’d try to hit it or something.”

Moreland had to step out of the box to refocus himself after noticing the drone. Good thing he did—he ended up hitting the double that tied the game up at 6.

Manager Alex Cora was just glad it didn’t interfere with the game.

“Somebody will make a T-shirt out of it,” he joked after the game.

There's a drone hovering above home plate at Fenway. Not sure what, if anything, can be done about that. But it's fairly low.

The Red Sox are beginning an investigation into who was responsible for the UFO, with some help from the Boston Police and even the FAA. Drones are banned from all MLB ballparks, and Red Sox policy states that the airspace above Fenway is restricted, meaning this particular fan’s view of the game might come with a side of legal charges.

The Sox didn’t let their newest fan distract them too much, coming back from a 5-3 deficit and pulling off a walkoff win, 7-6 over the Jays. It was a much needed victory after a rough start that puts them at 4-9 on the season. They are now tied with the Jays for last place in the AL East.