Here Are the Winners of the 2019 Boston Marathon 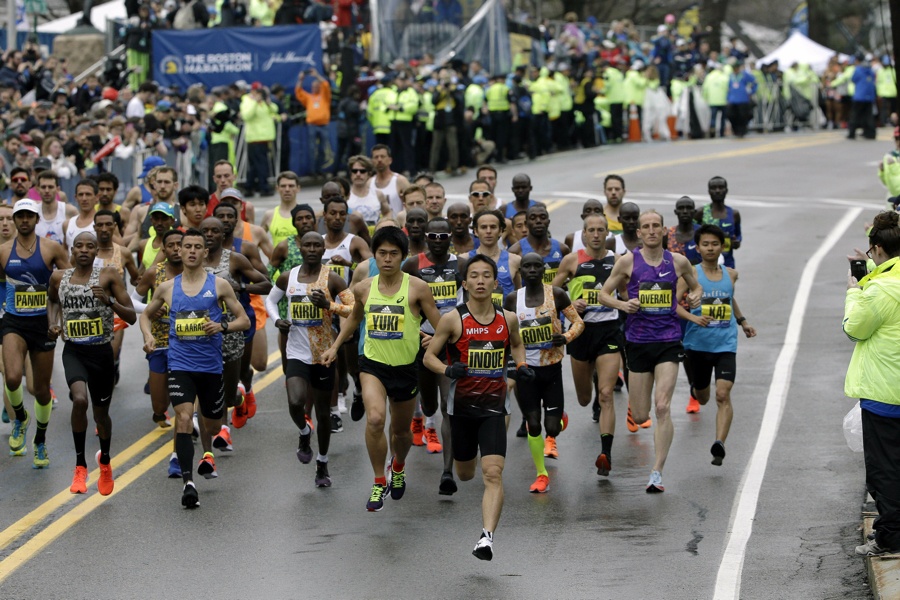 Hiroto Inoue, front, and Yuki Kawauchi, center left, both of Japan, lead the pack near the start of the 123rd Boston Marathon on Monday, April 15, 2019, in Hopkinton, Mass. (AP Photo/Steven Senne)

The 2019 Boston Marathon winners will be rolling past the finish line shortly on this very soggy Monday morning. Check back in for the results, which will be posted here as soon as they’re available. We’re also keeping our eyes on the sky, hoping like everyone else that the lull in the rain lasts. Find weather updates here. 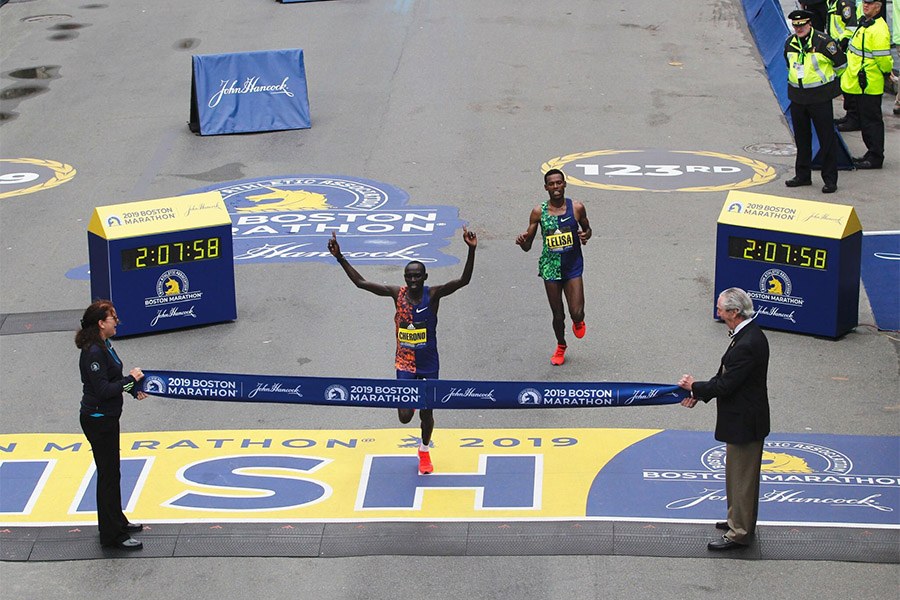 Lawrence Cherono of Kenya won the men’s race, barely inching ahead of Lelisa Desisa to win his first Boston Marathon in his first attempt with a time of 2:07:57.

The end of the race was quite suspenseful, with both men battling it out to the finish line.

#BREAKING: Lawrence Cherono wins the men’s Boston Marathon in a sprint. WHAT A FINISH! pic.twitter.com/uI1J6GjEC2 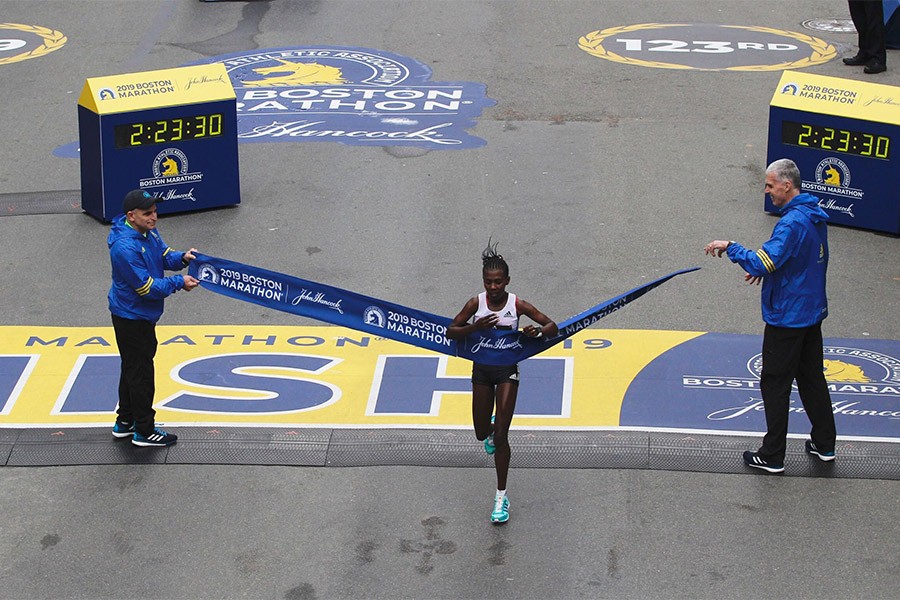 Worknesh Degefa of Ethiopia took first place for the women’s elite racers with a time of 2:23:31. She had dominated the race, pacing ahead of the rest of the women’s leader pack by several minutes for most of the way. It was her first ever Abbott World Marathon Majors win, per the B.A.A., and her first attempt at the Boston Marathon. Last year’s winner, Desi Linden, came in fifth place. 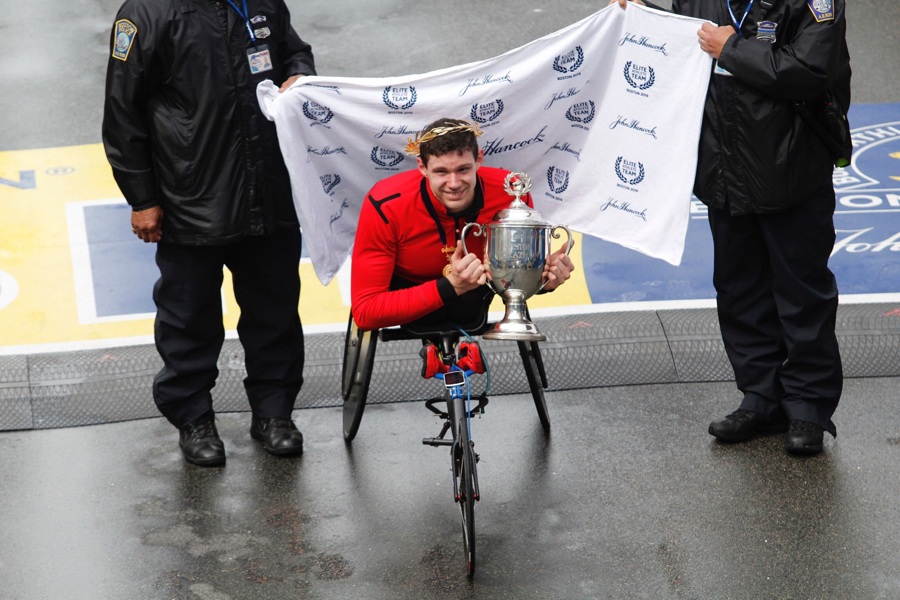 Daniel Romanchuk, of Urbana, Ill., has won the men’s push rim division, with a time of 1:21:36. The 20-year-old is the first American since 1993 to claim the title, and the youngest ever to win in the category. 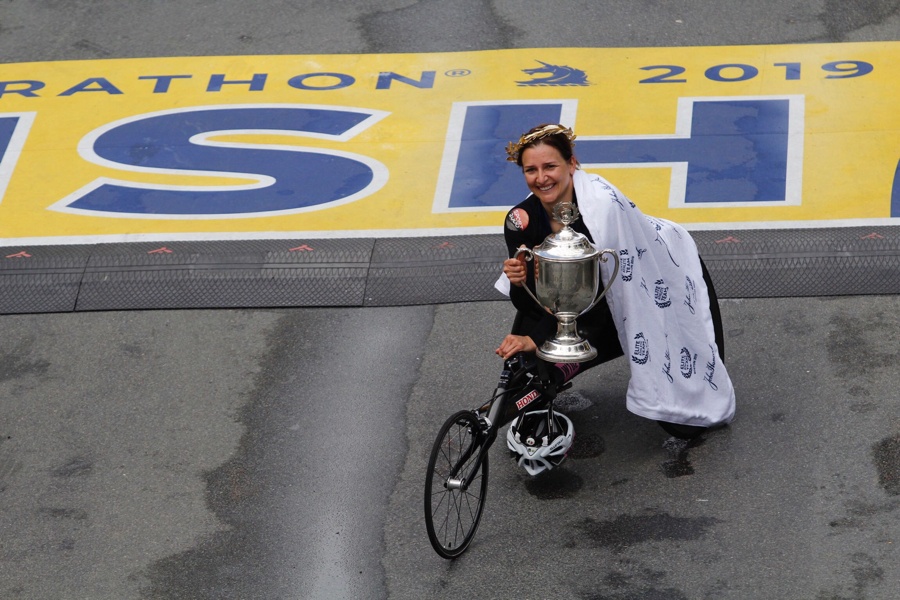 Manuela Schär, of Switzerland, has won the women’s push rim race for her second time, finishing with a time of 1:34:19.

Elite Athletes to Watch in the 2019 Boston Marathon

Your Guide to a Marathon Day of Dining and Drinking