Boston Marathon Weather Update: It’s Wet, but the Worst May Be Over

For now, the downpours and thunderstorms have passed. 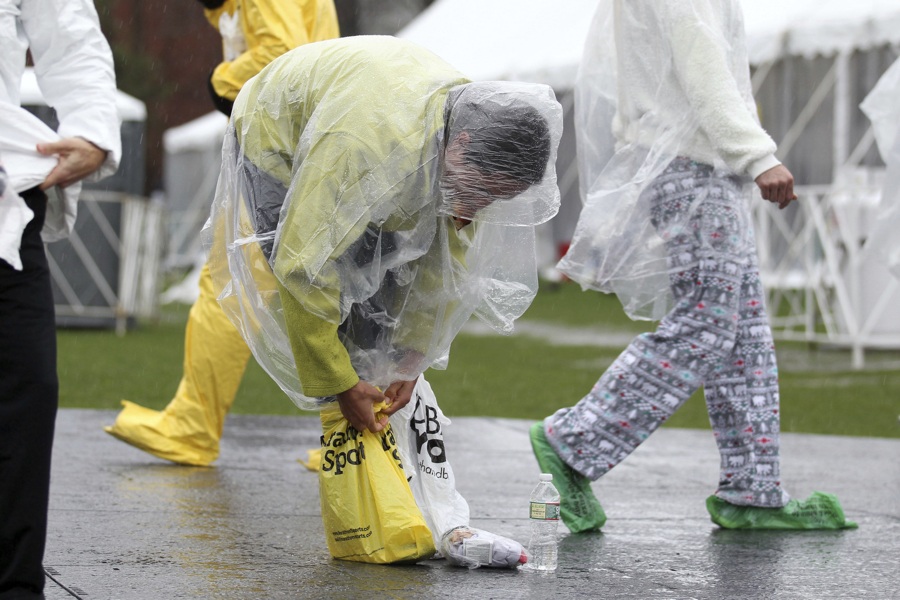 Dustin Martin, of Albuquerque, New Mexico tightens bags around his feet prior to the start of the123rd Boston Marathon on Monday, April 15, 2019, in Hopkinton, Mass. (AP Photo/Stew Milne)

Hope you packed your ponchos and plastic bags—which runners have been using to shield their sneakers from moisture before the big race—because the 2019 Boston Marathon got off to a gross, soggy start this Patriots Day.

Runners awoke to cracks of thunder and heavy downpours Monday, which is admittedly not what most want to see the day of a long-distance endurance race. But things have cleared up quite a bit so far as the rains blew west to east, and forecasters say that the worst of the storm appears to be over, at least for now.

This outfit will soon be available for $2,500 online. pic.twitter.com/E47KtUNGhm

“The heaviest showers and thunderstorms have moved off. We’re going to have a bit of a lull here with some off-and-on light showers for the rest of the afternoon,” says Alan Simpson, meteorologist for the National Weather Service of Boston. “We’ll have another round of showers with a slight chance of thunderstorms in the late afternoon.”

[1005 am Mon] The back edge of the widespread showers had moved east to south coastal MA, the Cape and Islands. These showers will continue to move offshore thru late morning. Scattered showers expected this afternoon, with a few t-storms possible. pic.twitter.com/GZXlMkC9EA

Unlike last year, when the combination of rain and cold made conditions hazardous, runners are also competing in warmth today, with temperatures right around 60 degrees as of late morning.

High winds were also a factor on the race route, blowing so hard they briefly toppled a barricade on Stuart Street. 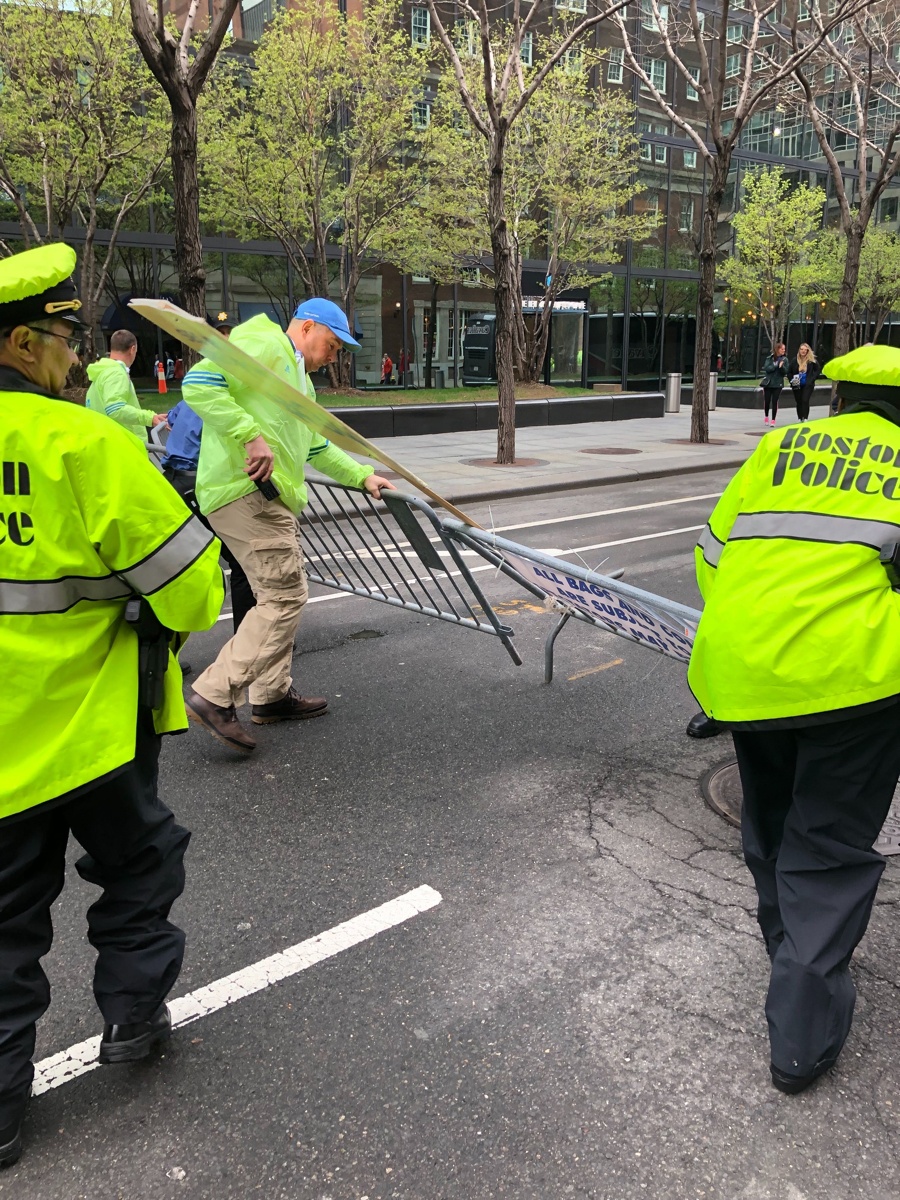 The strong winds on Stuart Street blew over barriers before reinforcements were added. Photo by Natalie Gale

Meanwhile, a cold and wet system over New York state and eastern Pennsylvania will be creeping up toward Boston. While the elite runners are expected to cross the finish line around noon, the forecast means there’s a possibility that the last runners this year will collide with some heavier rains, complicating the final stretch of the race. “I’m sure there will be some stragglers out there” when heavy rains return, Simpson says.

[Wind Advisory] Cold front passage and wind shift to W-NW occurs 1-5 pm from west to east and will be followed by wind gusts to 35-45 mph, increasing to 40-50 mph this evening. pic.twitter.com/0CS3bZYbSm

If you’re heading to the race route, keep an eye on the sky, and heed warnings about lighting should it return. Otherwise, keep a positive attitude and, to the extent that you’re able to, stay dry out there.