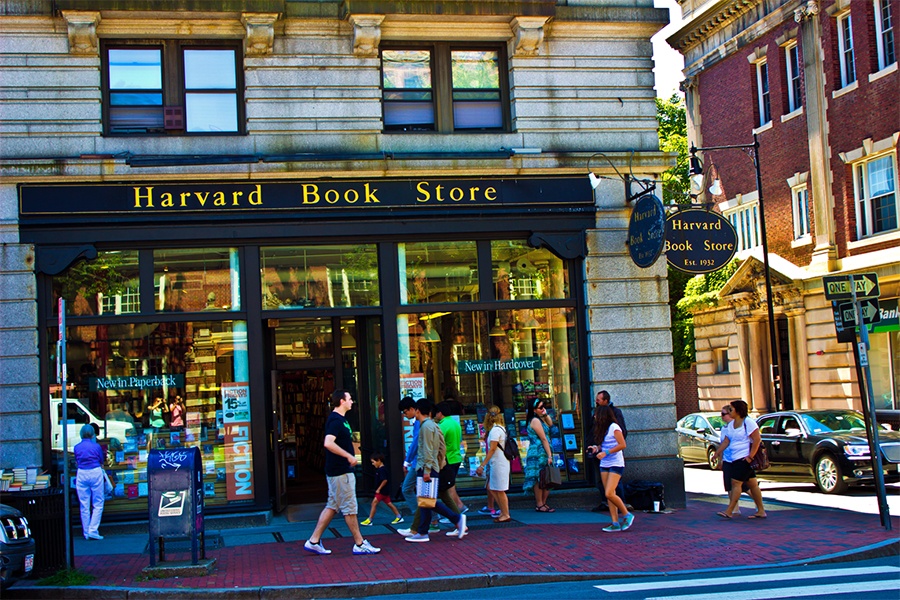 If you’re looking for the fastest way to read a 450-page book, head on over to the Harvard Book Store to pick up your hard copy of the Mueller Report. They’re hot off the presses—literally.

After the Mueller Report was released to the public Thursday, PDFs and images of the heavily blacked out text were immediately available online. But the folks at Harvard know better than anyone that reading “Harm to Ongoing Matter” over and over again on a screen just can’t compare to the feeling of holding it in your hand.

The store’s owner, Jeff Mayersohn, told the Boston Globe Thursday that they’re printing off rapid-fire copies for those Boston bibliophiles. They’re available in paperback now, ready to be highlighted, underlined, and annotated to your heart’s desire—the parts you can still read, at least.

The copies are being printed on the store’s very own in-house printing machine, nicknamed “Paige M. Gutenborg.” Paige is an Espresso Book Machine, made to print books on demand. It’s producing fully bound copies of the redacted report (extra ink, please!) before your eyes in just 10 minutes.

Harvard Book Store got Paige in 2009, and has previously used it to print newsworthy editions of Barack and Michelle’s farewell speeches.

Literally hot off the press! Here’s our book-making machine in action. pic.twitter.com/TtgWBUrn9H

The public can get their hands on the report for $18.95 in Harvard Square. Other hard copies are already for sale on Amazon, one of which was printed by the Washington Post. But even two-day shipping is too long to wait for the most avid fan of public affairs.

Apparently there are more of these fans than you may think, according to Harvard Book Store. Their copies are selling like hotcakes, with over 200 sold by Friday morning. They say they may have to start a waitlist once the demand gets to be too much for little old Paige.