Reports say it's being shopped around. 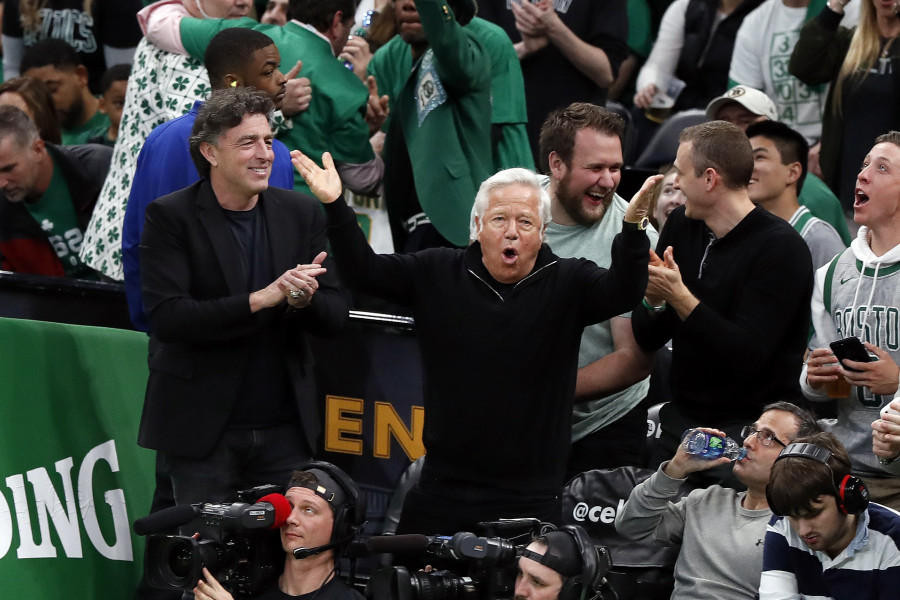 Start preparing yourselves now: It’s looking more or less inevitable that the public will get to see a video of Robert Kraft inside a Florida massage parlor.

In fact, it appears to be already making the rounds. The gossip website TheBlast.com claims that someone contacted it offering video that allegedly shows the Patriots owner paying for and receiving sex acts inside the Orchids of Asia Day Spa in a Jupiter strip mall.

The Blast was recently contacted by a party who claimed to have obtained portions of the actual video taken of Kraft from Orchids of Asia Day Spa & Massage Parlor in Jupiter, FL.

Representatives of our news operation viewed the footage, and upon watching, can verify the tape appears to show Kraft in the massage parlor with another person, presumably the massage therapist.

The site, it seems, did not buy the video, but found a way to break major news anyway: Someone, somewhere is willing to hand it over.

So who’s responsible? Lawyers appear to suspect prosecutors and police, and on Thursday filed a motion asking a judge to hold them in contempt of court.

There is little mystery about what is on the supposed footage, which TheBlast says is an overhead shot captured on hidden security cameras installed in the spa. Police have already described it in explicit detail.

It may be made public without having to be sold to a tabloid. Thanks to Florida’s notoriously generous public records laws, the state may have to release it, as media outlets have asked them to do. “Absent a court order, the state will be releasing the requested public records once it has retrieved and reviewed the records,” the Palm Beach County state attorney’s office said in a notice earlier this week.

Kraft’s lawyers on Wednesday succeeded in getting at least a temporary hold on the release of video evidence in the case, arguing it would “violate his right to a fair trial,” adding that the clip as described would amount to “pornography” and that the footage of the 77-year-old engaging in sex acts would serve no purpose other than to send “eyeballs and clicks” to websites that distribute it. They have also called the whole investigation into question, arguing that the video was obtained illegally.

Kraft has pleaded not guilty to soliciting prostitution. Prosecutors have backtracked on linking Kraft and the other men implicated in a Florida sting operation to human trafficking.

Kraft himself has reemerged after initially keeping a low profile. He broke his silence last month, saying in a statement that he was “truly sorry.” On Sunday, he showed up at a Boston Celtics playoff game and stood up to wave to the crowd, who greeted him with cheers.

You thought the crowd was loud for Larry Bird, well listen to this.
@patriots owner Robert Kraft brings the #Celtics crowd to its feet pic.twitter.com/nTWhEqzAOW