Bernie Sanders: Everyone Should Vote, Including Boston Marathon Bomber

Answering a question at a CNN town hall, he says everyone means everyone, even Dzhokhar Tsarnaev. 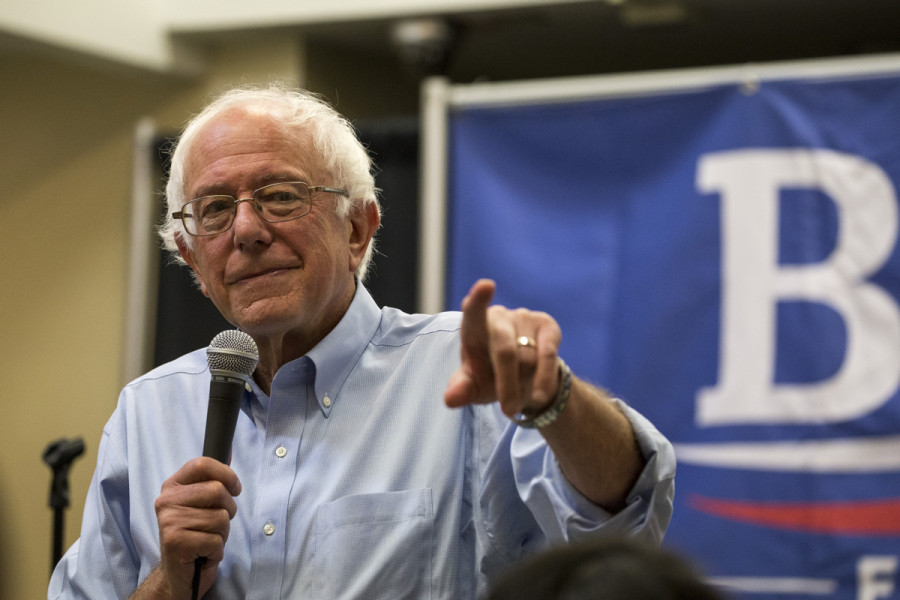 Yep, you heard him. When Bernie Sanders says every American citizen should have the right to vote, he means everyone—including Boston Marathon bomber Dzhokhar Tsarnaev.

The Vermont senator’s comments came during a CNN town hall on Monday night, when the network hosted five Democrats running for president and invited New England college students to pose questions to the candidates. One student, who CNN indicated went to Harvard, pressed Sanders on his belief in the right to vote for people serving prison sentences for felonies, asking if that policy ought to apply even to convicted sex criminals or a terrorist like Tsarnaev, who was sentenced to the death penalty for his role in the 2013 attacks.

“This is a democracy and we have got to expand that democracy, and I believe every single person does have the right to vote,” he said, adding, “Even for terrible people, because once you start chipping away and you say, ‘Well, that guy committed a terrible crime, not going to let him vote. Well, that person did that. Not going to let that person vote,’ you’re running down a slippery slope.”

He slammed Republican governors for blocking access to the ballot box for felons, in what he described as an effort to disenfranchise voters and influence elections in their favor. “They come up with all kinds of excuses why people of color, young people, poor people can’t vote. and I will do everything I can to resist that,” he said.

Vermont and Maine are the only states that allow incarcerated felons to vote, according to the National Conference of State Legislatures. Massachusetts is among 14 states, along with the District of Columbia, that automatically reinstate voting rights to felons released from prison. Other states have additional restrictions, including bans on voting while a felon is on parole or probation.

Sanders did acknowledge that he was setting himself up for criticism from those who might portray him as being sympathetic to terrorists or weak on crime, or pursue some other line of attack.

“You’re writing your own opposition ad against you,” CNN host Chris Cuomo said.

“I think I have written many 30 second opposition ads throughout my life,” Sanders replied. “This will just be another one of them.”

Asked similar questions at CNN town halls later on, Democratic candidate and South Bend, Indiana Mayor Pete Buttigieg said he disagreed, arguing that losing the right to vote is one of the penalties inmates should face while incarcerated. California Sen. Kamala Harris said she believed “we should have that conversation.”

Sanders will be in Cambridge Tuesday for an invite-only meeting with supporters at Club Passim.