How Boston’s Neighborhoods Got Their Names

Roxbury is a reference to "rocks," and other things I learned from a New York teenager's Instagram. 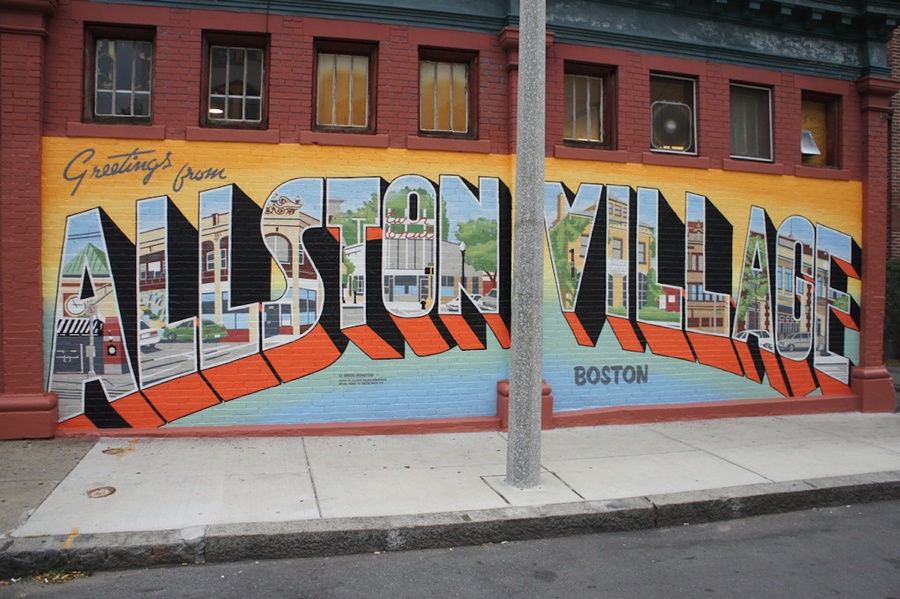 OK, get this: Roxbury used to be called “Rocksbury,” and is so named because of all the rocky terrain in the area.

And this: Beacon Hill once had an actual beacon on it, which could be used to send warnings about invaders.

Did you know those things? Because until this morning, I did not. But a helpful infographic popped up on Instagram today, with the title “Boston’s Hidden Etymologies” and lays it all out.

It comes to us via Albany, New York high schooler Adam Aleksic, who runs a website called The Etymology Nerd. The Boston infographic is the latest he’s made as part of a series on neighborhoods in several cities, including Portland, Houston, and Philadelphia.

Over the phone, the 18-year-old Aleksic tells me he decided to tackle Boston next because he’s considering enrolling at Harvard in the fall, so thought this would be a good way to get acquainted with the area.

He says he scoured Wikipedia entries, city records, news articles, and other online sources, and also made some calls to local historical societies to check his facts.

In a few neighborhoods, he found some disagreement. It’s possible Jamaica Plain’s name has something to do with Jamaican rum, he says, but no one really knows. “One thing I love about etymology is the ambiguity,” he says. “In Jamaica Plain, there are three possible origins. A lot of tracing this stuff back is complete uncertainty because people don’t always have records of why they decided things that way. They just say, ‘We’re naming it Dorchester.’ They don’t always say, ‘Because we’re naming it after a town in England.’”

Of course, this is to be expected. Even the boundaries of the city’s neighborhoods have long been in dispute. (This interactive map can help clear things up).

OK two more: It turns out Mattapan’s name has the extremely spooky backstory of coming from a native word that means, roughly, “evil spread around the place.” And Somerville? It means… nothing—a “purely fanciful name,” historians say.

You can see the infographic for yourself here: 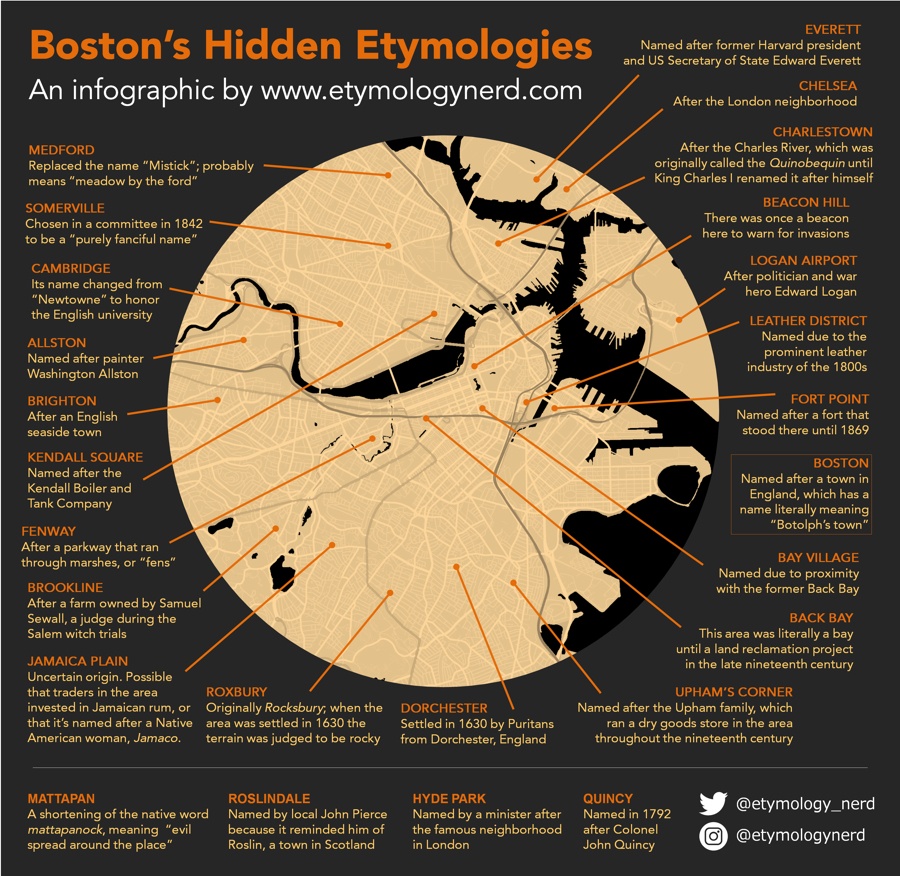