Meghna Chakrabarti Is the Voice of a New Generation

The host of NPR’s On Point is bringing Boston to the masses. 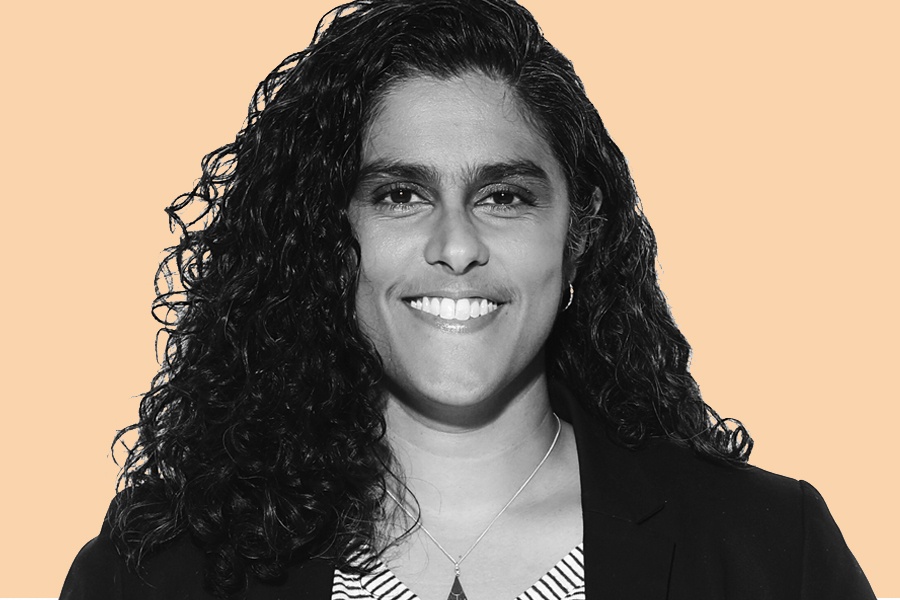 WHO IS SHE? The calmly inquisitive voice emerging from millions of speakers over some 290 radio stations every Monday through Thursday morning as host of NPR’s On Point live call-in talk show, produced at Boston University–owned WBUR.

REMINDS US OF: Chris Lydon, journalist and former host of The Connection—another nationally syndicated WBUR production that brought Boston-informed intellectual curiosity to millions.

HOW SHE IS MAKING HER MARK: Chosen last summer to take over after the firing of Tom Ashbrook under a cloud of #MeToo allegations, Chakrabarti now hosts an influential national show after nearly 20 years spent reporting for WBUR, most notably as cohost of Radio Boston. But she remains dedicated to life here. “One of the unexpected benefits of being on On Point is that it’s increased my love and appreciation for living in Boston,” Chakrabarti says. “Hearing the challenges that people are facing in different parts of the country, I think to myself, My God, I am really lucky to be living here.”

HOW SHE CRACKED INTO BOSTON’S POWER STRUCTURE: She didn’t expect to. While born here, Chakrabarti was raised on the West Coast. When she entered a graduate program at Harvard in 1999, she says, “I actually thought I was going to do my couple of years here and then head back out West.” Instead, she stayed, and even though Boston in many ways fit its reputation as flinty, tough, and parochial, she found that “working at WBUR gave me entrée into people’s lives, their stories, their issues, that I probably wouldn’t have had otherwise.”