Justin Bieber Was Spotted at the Bruins/Maple Leafs Game

He wasn't a good luck charm for his team. 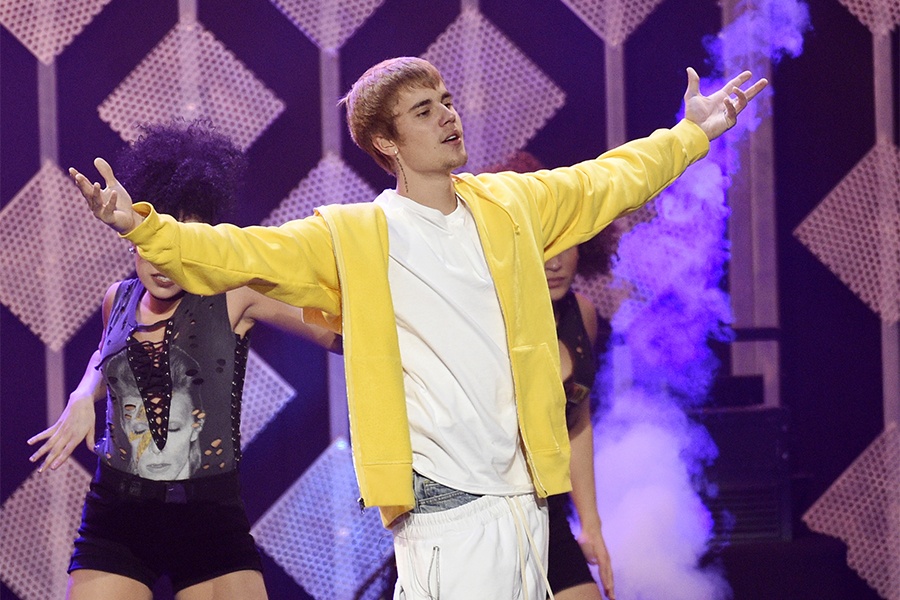 Fans at TD Garden last night got a double treat: a Bruins win that sent them to the Stanley Cup quarterfinals, and a juicy celebrity spotting.

Justin Bieber, notorious Canadian and teen heartthrob of years gone by, was spotted at Game 7 of the semifinals—rooting for the wrong team, of course. He and his wife, Hailey Bieber (nee Baldwin), were there cheering on the Toronto Maple Leafs.

Justin Bieber and Hailey Baldwin in the house in Boston supporting the Leafs #curse pic.twitter.com/A5PMa9xkkY

The Leafs fell to the Bruins 5-1, knocking them out of this year’s playoffs in the first round before Bieber’s very eyes.

Bruins right winger David Pastrnak taunted the pop star after the game with a saucy tweet.

Bieber, a native of Ontario, came to Boston fresh off a surprise Coachella appearance during Ariana Grande’s set. He teased a new album “coming soon” as he left the stage, but apparently had to make a pit stop in the Hub before heading back to the studio.

Leafs fans took to Twitter after the game to blame Bieber’s presence for the crushing loss. They accused him of having a curse that followed him to the Garden, similar to the “Drake curse” which many say has sabotaged the Leafs in the past. Hailey escaped unscathed by such allegations, even though she was the one in the Leafs jersey.

Leafs are screwed. Bieber showed up.

To show his support for Toronto, Bieber posted the Leafs’ logo on Instagram. He appealed to a higher power in the caption, but apparently whichever god is in charge of the NHL doesn’t listen to people who misspell Auston Matthews’ name in two different ways.

“Dear lord please be with Austin Mathews, Mitch Marner and all of the Toronto Maple Leafs tonight as they play game 7 against the Boston bruins ..,” Bieber prayed.

Dear lord please be with Austin Mathews, Mitch Marner and all of the Toronto Maple Leafs tonight as they play game 7 against the Boston bruins..

Now, heading into a semifinals matchup with the Columbus Blue Jackets, Bostonians should hope that some Columbus-born celebrity steps in to tilt the series in their favor. Perhaps natives Simone Biles or Guy Fieri will step in to fill Bieber’s shoes, but there’s still time for author R. L. Stine to suddenly get into sports.