He was on eight Celtics championship teams. 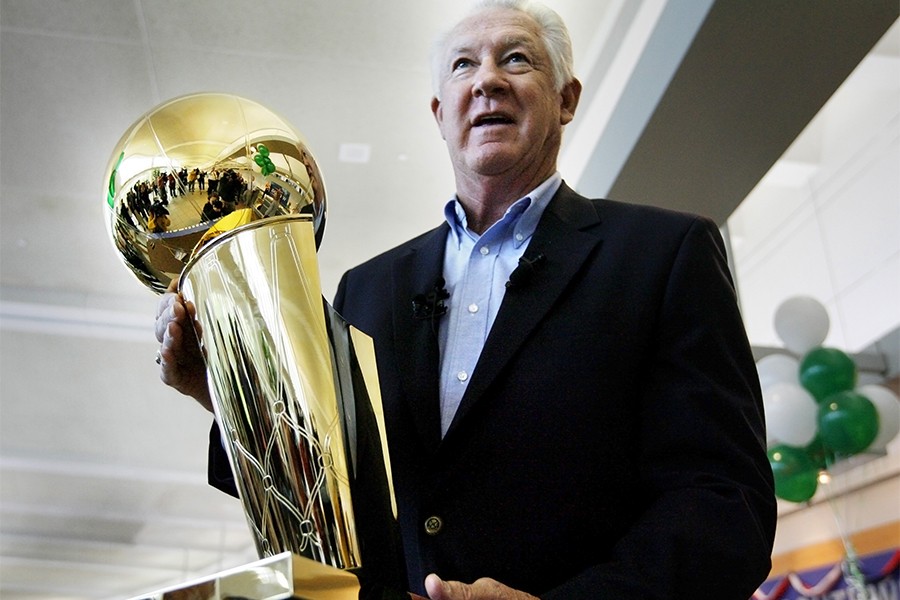 Boston’s skies are appropriately cloudy today. The city is feeling the loss of Celtics legend John Havlicek, who passed away Thursday.

According to the Celtics, he went peacefully at the age of 79, in Jupiter, Florida. He had suffered from Parkinson’s Disease in the last three years of his life.

It is with great sadness we have learned that Celtics Legend and Hall of Famer John Havlicek has passed away peacefully today at the age of 79. He will be dearly missed by his Celtics family.

Havlicek played for Boston for each of his 16 years in the NBA, 13 of them as an All-Star. In that time, he helped the team to eight championships, the third-most by any player in league history. The two beating him out? His Celtics teammates Bill Russell, with 11, and Sam Jones, with 10.

It is getting difficult each time I hear about another contemporary that passes! What is harder is when we lose guys like John Havlicek, he was not just a teammate & a great guy, but he was family. That is how our @celtics teams were. #RIP Hondo @NBA #RIPJohnHavlicek @NBAonTNT pic.twitter.com/VP9MGPjrmZ

He was the first player to notch 1,000 points in 16 consecutive seasons, but his most immortal play didn’t score a single point. In Game 7 of the 1965 Eastern Conference Championship, Havlicek sealed the C’s 110-109 win over Philadelphia with a perfectly timed steal.

“John Havlicek is one of the most accomplished players in Boston Celtics history, and the face of many of the franchise’s signature moments,” the Celtics said in a statement released Wednesday. “He was a champion in every sense, and as we join his family, friends, and fans in mourning his loss, we are thankful for all the joy and inspiration he brought to us.”

NBA greats, Boston sports standbys, and fans of Havlicek on and off the court paid their respects to the Hall of Famer.

Just spoke with Jerry West on the passing of John Havlicek. "The thing with John, he competed against you at the highest level and he wanted to win badly," West tells ESPN. "But he was always a really nice person. I don’t think that I ever heard anyone say a bad word about John."

I met John Havlicek at the same time & place that I met Red Auerbach & Bill Russell @ my high school gym in Autumn of 1961 – my freshman year. He was still playing when I entered the league & our friendship grew… #17 will always be class act! RIP @NBA
https://t.co/iq9pyuMH7S

John Havlicek was a gracious man and accomplished Hall of Famer – a basketball legend whose impact on the @celtics franchise as a player matched his impact on our community as a person. pic.twitter.com/Ti7I4yZBv2

John Havlicek has passed at age 79. This is an immense personal loss, as well as professional. If all professional athletes
carried themselves as well as he did, sport would be a far better place.

In his last game, Havlicek poured on 29 points as a farewell gift to Boston, receiving an eight minute ovation before he stepped off the court for the final time.

“John Havlicek was just a terrific guy,” former Boston Globe columnist Leigh Montville tweeted. “It was an honor to walk him out the door after his final game. He turned out the lights in the locker room when he left. Yes. he did.”