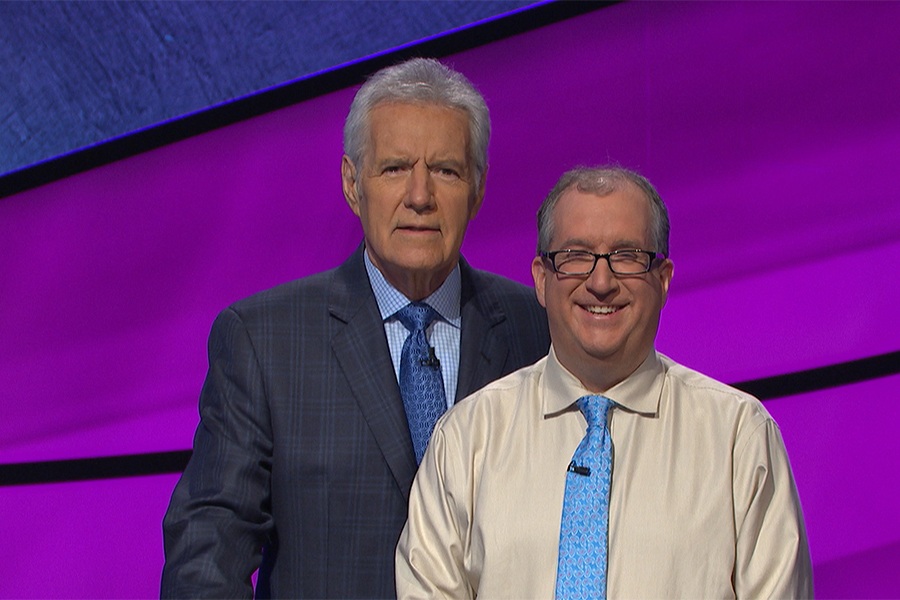 Holzhauer, whose 18 straight wins is the second-longest streak in Jeopardy! history, has won every other game by at least $4,000—until Levin showed up. What is a close call?

Levin came dangerously close to ending this historic run in the latest episode, which aired Monday night. After the final winnings were revealed, Holzhauer doubled over, relieved that his streak lives another day—barely.

Jeopardy guy with his tightest match yet, wins by $18: pic.twitter.com/w43ALeTIGr

“I did everything I could possibly do and the best I could, and I was a few dollars short, but I wouldn’t trade it,” Levin told the Boston Globe Monday. “I had a huge smile on my face for as much of the time I could, because I was living the dream.”

It’s not every day that a second-place finish on Jeopardy! makes the news, but Holzhauer, a professional gambler, has changed the game.

Levin said he had a slight advantage coming into his matchup with the most famous Jeopardy! contestant since Ken Jennings. The show shoots five episodes a day, and Levin was called to set a day early just in case hell froze over and Holzhauer was dethroned. The challenger, who lives in Ashland, got to watch five straight games of the incumbent’s mind-boggling strategy before getting behind the podium himself.

“James is a super aggressive bettor,” Levin told the Globe, “I knew the normal way of starting at the top and going to the bottom and one category at a time would not have worked.”

“It’s almost like an out of body experience!” • @BrandeisU employee Adam Levin describes the excitement of competing on #Jeopardy and coming just $18 shy of dethroning James Holzhauer! • The best part of the night—seeing the reaction of Adam’s young son. #WBZ at 11p! pic.twitter.com/8Faya2LFwL

But the best thing to come out of Holzhauer’s scrape with trivia death is Levin’s son Drew’s reaction to his dad absolutely killing it on TV. Even though his dad, sitting right next to him, might have spoiled the ending, that didn’t stop Drew from cheering and dabbing to the beat of the buzzer. I’ll take adorable for $800, Alex.