After 20 Years, Someone Finally Solved This MIT Puzzle

Let's hear it for Belgian Bernard Fabrot, who spent more than three years cracking a mind-numbing problem created by CSAIL. 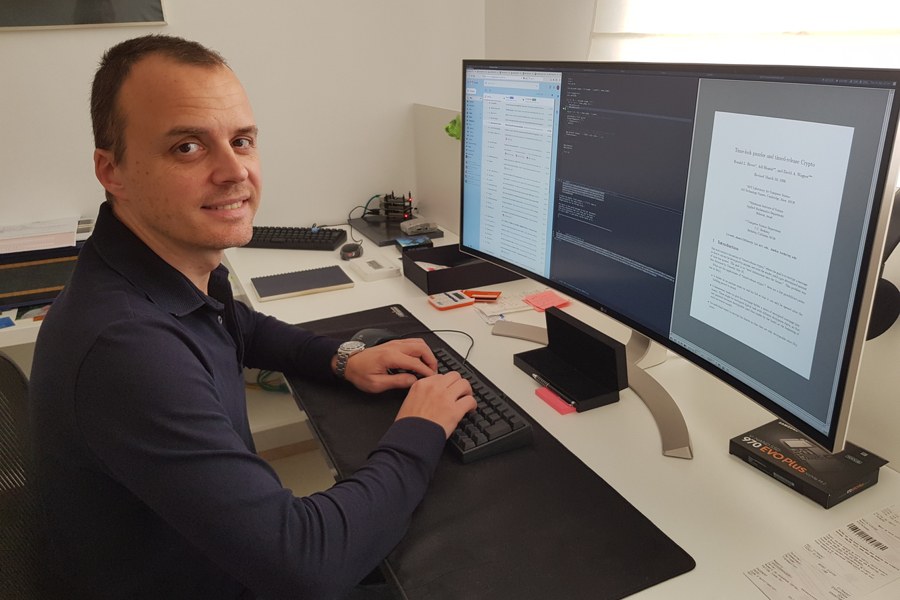 So he’s not a janitor, and the problem he solved wasn’t scrawled on a chalkboard, but we may have a real-life Good Will Hunting situation on our hands at MIT right now.

The university’s Computer Science and Artificial Intelligence Laboratory, or CSAIL, announced Monday that a mind-numbingly complex “cryptographic puzzle” it released 20 years ago has finally been solved. But it wasn’t an MIT brainiac that finally cracked it, the school says. Bernard Fabrot, a freelance software developer from Belgium, was the one to finally figure it out.

The puzzle, announced in 1999 to commemorate the lab’s 35th anniversary, asked computer scientists to square a number 80 trillion times. Doing so means using some complex computational wizardry that you and I do not and will not understand, but rest assured it is no easy feat to pull off. (You can read the exact puzzle here).

Once finished, the answer to the equation can be used to reveal a “secret message” that unlocks a time capsule designed by architect Frank Gehry, which contains geeky artifacts contributed by early computing luminaries, including Bill Gates and Tim Berners-Lee.

Fabrot, who lives in Spain, worked for more than three years on the project, and he finished just in time. Another team of engineers in a collaborative called Cryptophage is also at work on cracking the code. Led by former Intel executive Simon Peffers, the group recently developed a program to solve the puzzle, which has been running for several weeks. They expect it to come up with the answer by May 11.

MIT professor Ron Rivest, who came up with the puzzle, had predicted it would take 35 years to solve, taking into account Moore’s Law, the idea that computers get twice as powerful every two years. But advances in technology came more quickly than previously thought possible. “There have been hardware and software advances beyond what I predicted in 1999,” he says in a statement. “The puzzle’s fundamental challenge of doing roughly 80 trillion squarings remains unbroken, but the resources required to do a single squaring have been reduced by much more than I predicted.”

Now that the challenge has been met, a time capsule-opening ceremony is planned for May 15 at the MIT Stata Center.

Hopefully Fabrot will be there. Unless, of course, he’s gotta go see about a girl.