UPDATE: Suspect in Somerville Bank Robbery Still on the Loose 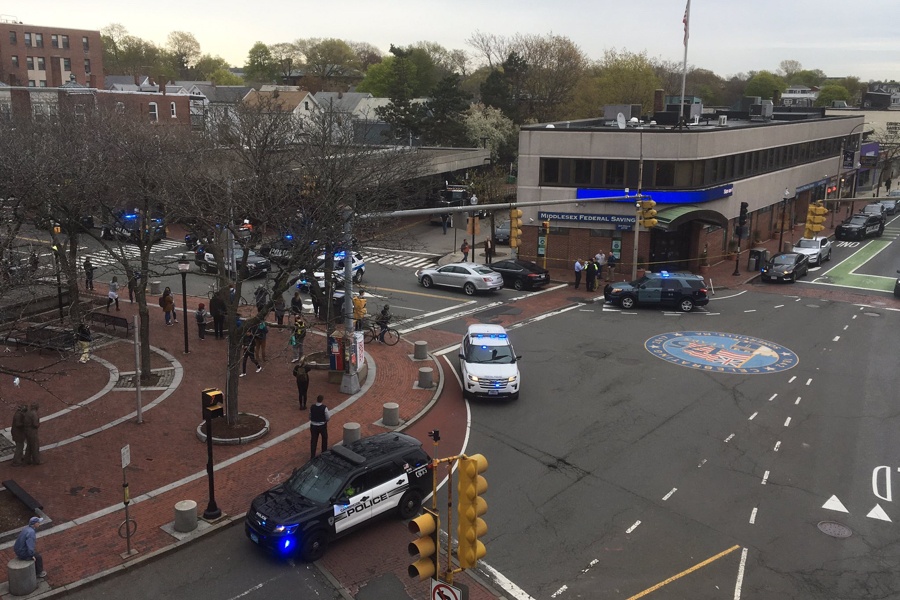 Despite reports of arrests following a bank robbery and “active shooter” situation in Somerville, officials said late Wednesday morning that an armed suspect is still on the loose.

Police circulated a photo of the suspect, described as a Hispanic man standing 5-feet-10-inches tall, with a medium-heavy build, and said he fled the scene on foot. In a tweet, the Arlington Police Department said the bank robbery occurred at Middlesex Federal Savings and that the suspect was believed to be armed.

Somerville Mayor Joe Curtatone told reporters that the search for a suspect was still in progress, and that an earlier arrest did not net the alleged bank robber. Officials believe only one person was involved in the alleged robbery.

Somerville PD and MSP have one person in custody, no confirmation yet as to ID or role in incident. Investigation ongoing as to specifics and whether another suspect involved. Units remain in operation. https://t.co/hQ3vxUdfzu

Mayor and police say a suspect remains on the loose. Someone entered bank and fired round. There was exchange of gunfire. Police will release a photo of suspect. pic.twitter.com/Cs4YExsSqd

In a press conference, Somerville Police Chief David R. Fallon described the frightening scene at that unfolded in Davis Square. He said the suspect fired a gun inside the bank and exchanged gunfire with a police officer. Neither was injured.

“We do have somebody out there that we believe is dangerous,” he said.

Video from a surveillance camera appears to show the suspect running away from the scene and colliding with a bystander, who knocks the bag he is carrying out of his hands.

WATCH: Surveillance video shows the suspect in the Somerville armed robbery running into someone and dropping his bag as he flees the scene. He was able to get away and police are still searching for him. https://t.co/h4N6r7OWtN #boston25 #somerville pic.twitter.com/J6WNOkrh3Y

The MBTA announced just before noon that Davis Station has reopened for service. It had been shuttered since a few minutes after 10 a.m. due to the police investigation.

Allegedly there’s an active shooter in Davis Square due to a bank robbery! This is taken from my office window #somerville @BostonGlobe pic.twitter.com/739GXW7UjM

Still very much an active scene in Somerville. They are methodically going through the neighborhood @NBC10Boston pic.twitter.com/aGtdck2Opy