Tom Brady and Gisele Bundchen Matched at the Met Gala

The pair looked pretty in pink (and burgundy). 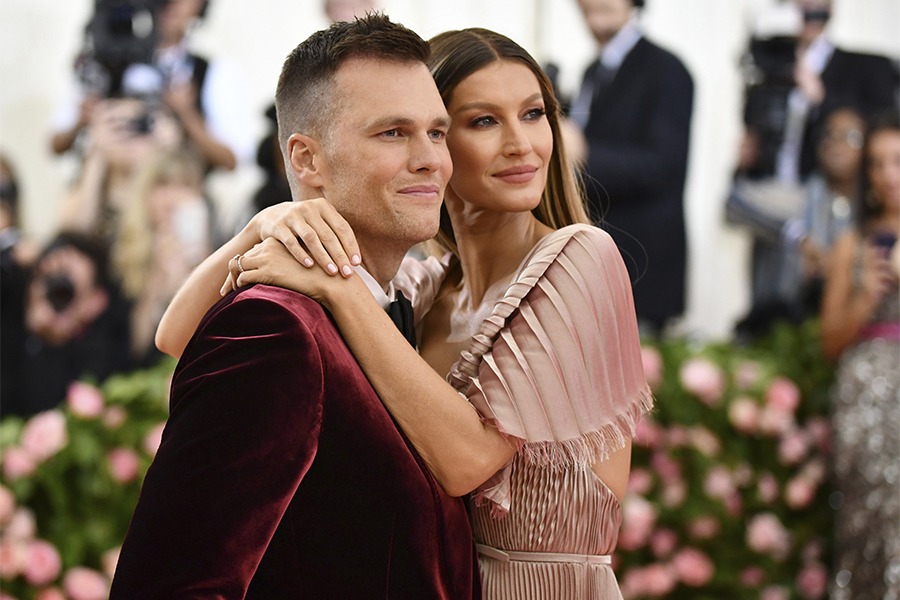 Gisele wore a light pink silk dress with an open back and an interesting production story: It was made sustainably by her friends over at Dior. She thanked the designer, Maria Grazia Chiuri, and her extensive beauty team for gussying her up for the night (not that she needs a team to look drop-dead gorgeous).

Luckily for eager photographers, Gisele’s dress was perfect for spinning around on the red carpet while Tom stood still and smiled.

Tom followed her lead with a burgundy velvet suit jacket and an oversized bowtie. This was the pair’s 11th Met Gala appearance together.

MET with my 10! #MetGala pic.twitter.com/sscAN60Pgr

This theme of this year’s event was “Camp: Notes on Fashion,” coinciding with the opening of an exhibition of the same name at the Metropolitan Museum of Art. The gala is a huge fundraiser for the Met’s Costume Institute, with tickets worth $35,000 and tables going for as much as $300,000—and that’s before you’ve even bought your dress.

Although Tom and Gisele looked stunning, their looks seemed a little tame compared to some of the other guests. Lady Gaga brought along four separate outfits and a team of dancers. Occasional Huntington Theatre director and Pose star Billy Porter, dressed as an ancient Egyptian sun god, was carried in on a litter. Jared Leto walked around carrying a model of his own severed head. Katy Perry wore a dress that was also a chandelier filled with candles.

Thankfully, the couple found a familiar face amid all the glitter and feathers—Brady’s buddy Julian Edelman. The Patriots wide receiver was sporting a layered white jacket and posed for photos with Tom and Gisele.