A pop-culture punch line for decades, nuclear power plants of the near future promise to be safer, cheaper, and more efficient than anything we’ve seen before. So why don’t we build more? 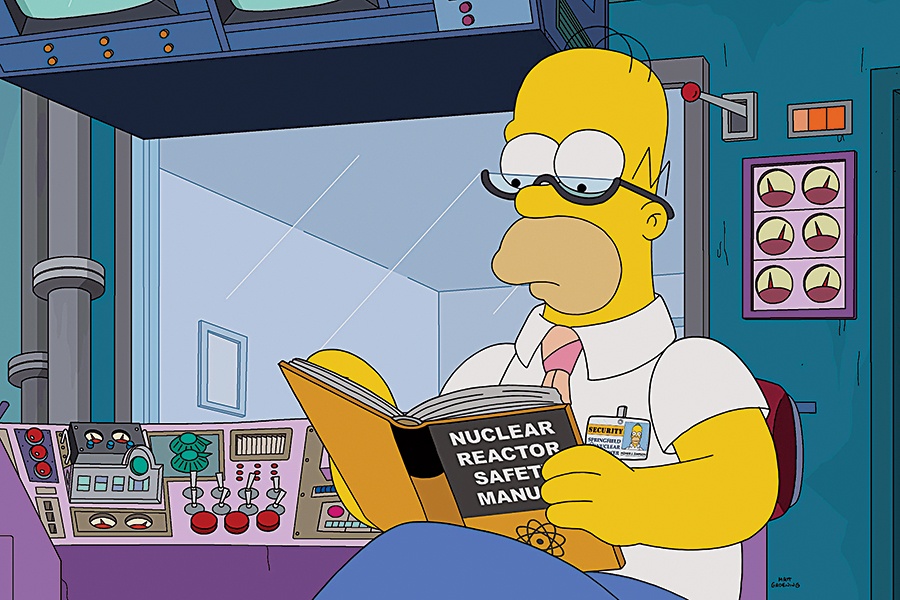 By the end of this month, the reactor at the Pilgrim Nuclear Power Station in Plymouth will finally power down for good. Its slim, uranium-filled fuel rods will head into storage and the long process of stripping the place down will begin. To even a casual observer, it’s an end that’s been a long time coming. Since first opening in 1972, the complex of industrial-looking cement boxes at the edge of Cape Cod Bay has been a ticking time bomb of safety concerns, designated time and again by the Nuclear Regulatory Commission as one of the worst-managed nuclear plants in the country. After dropping millions of dollars, its owner, Entergy Corporation, finally decided to cut its losses. But while longtime enemies of the plant may be popping champagne, not everyone is celebrating. Nuclear power plants are a source of clean energy that help reduce C02 emissions, and now that our only reactor is gone, local scientists are warning that we’d better start building new ones in Massachusetts—and fast—if we care at all about the planet, and by extension the next generation of Bostonians. “If you think there’s a climate emergency,” says John Parsons, of MIT’s Sloan School of Management, “then you need to be open to all of the options.”

Many people, of course, think this is a terrible idea. For decades, nuclear power has been extraordinarily unpopular—the mere mention of it conjures visions of  Three Mile Island, Fukushima, and Homer Simpson pressing buttons under leaky pipes. Fear factor aside, though, the biggest roadblock to building new nuclear plants has long been the dollars-and-cents case against them, argues Matthew Bunn, a Kennedy School of Government professor who specializes in the future of nuclear energy. “The short version,” he says, “is that advanced nuclear is uncompetitive with the combination of renewables and natural gas in Massachusetts for the next couple of decades at least.” That means the high cost of building a new plant—only to have cheaper power from other sources undercut it—has simply made nuclear a bad investment. So why would we ever want more of it?

For starters, Massachusetts will likely miss its self-imposed 2020 carbon-reduction goals intended to mitigate climate change. Prior to Pilgrim’s closure, clean nuclear power made up 15 percent of the energy produced in state—twice that of solar. The problems at Pilgrim were managerial, not technical, Parsons says, and the decision to abandon it means wiping out the gains we’ve made in clean power and taking a big, unnecessary step back. Just look at Vermont: When the state pushed its Yankee nuclear reactor into early retirement five years ago, it caused a 5 percent uptick in CO2 production across New England’s energy sector, eradicating a hard-won chunk of the progress made since the 1990s. While we can reduce carbon emissions by swapping out coal plants for natural gas and renewables, getting to zero emissions means we need to find a new steady, predictable stream of power to back up wind and solar. What we need, Parsons says, are policies such as a carbon tax that will reward clean energy and help keep nuclear in the mix.

So what will this next generation of atom-splitters actually look like? For starters, not a lot like Pilgrim: Nuclear power plants of the near future promise to be safer, cheaper, and more efficient than anything we’ve seen before, says Jacopo Buongiorno, associate department head of Nuclear Science and Engineering at MIT. “These aren’t just research projects,” he says. “You can go out and order these right now.” Advanced Small Modular Reactors, which generate a fraction of the power of big nukes but can be linked together over time to slowly build more clean power, are one good option. Commercial high-temperature gas-cooled reactors, which operate safely at extreme heat and are scheduled to go online in China this year, also promise to be a significant breakthrough. If we want more clean energy—and to have a prayer of avoiding the worst ravages of climate change—we need to make the most of all the technologies available to us. And that includes the nuclear option.