The Encore Boston Harbor Will Open When It Opens, I Guess 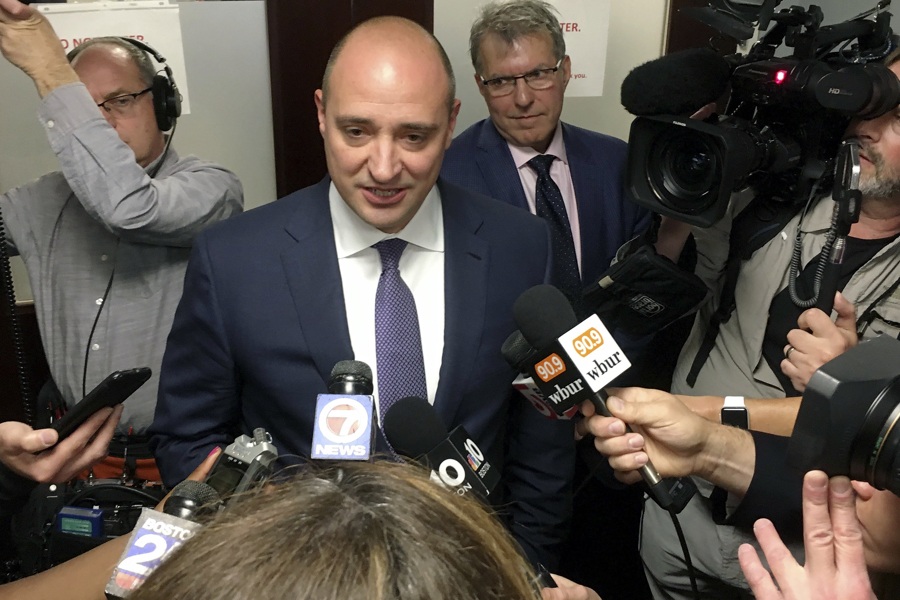 In this April 27, 2018 file photo, new Wynn Resorts CEO Matthew Maddox speaks to members of the media after a hearing in Boston. (AP Photo/Philip Marcelo, File)

June 23: That’s the date we’ve been told to expect the long-awaited debut of Encore Boston Harbor. The day, in other words, when a new era for gambling begins in Boston, 15 new restaurants can get up and running, thousands of people can begin new jobs in earnest, Everett traffic woes commence, and a fleet of Encore-branded ferries hit the harbor.

ButWynn Resorts CEO Matthew Maddox now says the opening date may be a little squishier than we thought. As the company pursues a “flawless” casino, it could be delayed up to two weeks, the CEO told told investors in a first-quarter earnings call, according to the Boston Business Journal.

“I don’t know if the opening date will be June 23 or a week or two later, because we’re going to make sure that it’s flawless. And clearly the regulatory complexity we’ve been through has been a challenge. And so now we’re doubling back,” Maddox says. “We may give ourself another week, we may not. But the property looks great.”

Maddox also says the company hasn’t ruled out appealing “some of the secondary and tertiary conditions” the Massachusetts Gaming Commission imposed on it earlier this year, in response to its handling of sexual misconduct allegations against ex-owner Steve Wynn. But, he says, “We do not believe if we choose to appeal that that will impact our ability to open the project at the end of June.”

In the long-term, will it matter which specific day the company finally cuts the ribbon on the $2.6 billion project? Maybe not. But for right now, if you’ve been counting the days until the big reveal, you may have to be a little more patient.