Marty Walsh Is Not on Board with Encore’s Plans for a 4 a.m. Liquor License

He's urging the state gaming commission to pump the brakes on a plan to let the casino pour booze that late. 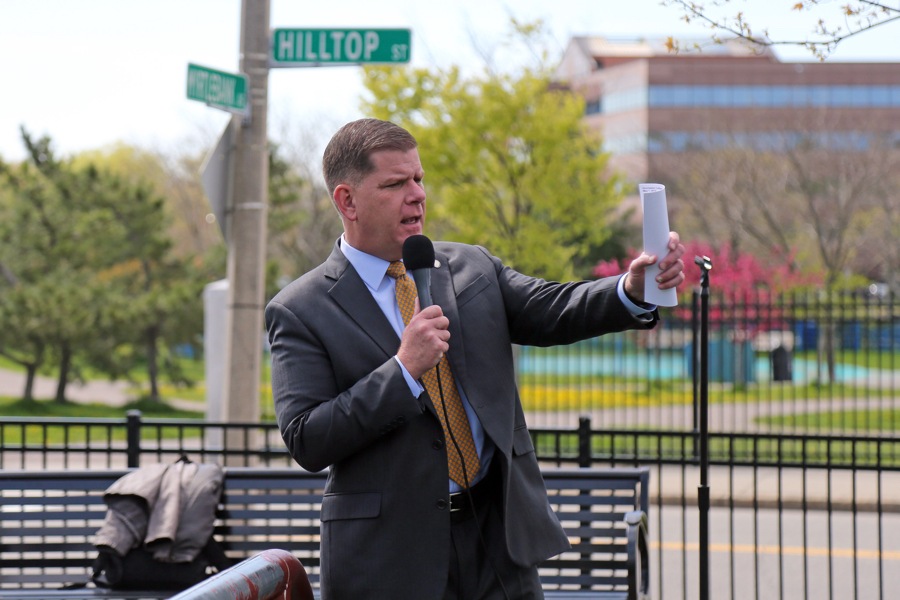 A new bid from Encore Boston Harbor to serve alcohol until 4 a.m. when it (eventually) opens has an opponent: Marty Walsh.

Boston’s mayor this weekend told the Herald that he’s urging the Massachusetts Gaming Commission to hold off on giving the casino in neighboring Everett special permission to sell liquor two hours later than bars elsewhere in the state, where the fun has to stop at 2 a.m. “I think at this point in time, we should get the casino open, see how the 2 o’clock license works, if there’s a need, if there’s a desire, if there’s a concern that it hampers the business, then I think we should explore the opportunity of maybe going to 3 or 4 o’clock,” Walsh says in an interview with the paper. “But, right now, open it until 2, see what it looks like.”

A relatively new state law allows casinos, and only casinos, to be granted licenses keep the drinks flowing until 4 a.m. “specifically on the casino floor and only to patrons actively engaged in gambling.” The MGM Springfield has one such license, and the state gaming commission is accepting public comments before it decides whether to grant one to Wynn Resorts, which operates the Encore north of Boston.

Maybe you’re a little wary of the casino’s motivations here, as the goal is clearly to ply gamblers with late-night gin-and-tonics so they’ll keep placing bets. But we’re all adults here, and some of us are hoping a successful test-run of the policy in Everett might nudge the state toward relaxing its rules on alcohol everywhere, chipping away at Boston’s well-earned anti-fun reputation in the process.

The Herald reports that Walsh is concerned about people heading to Everett just to keep drinking into the wee hours, and also says that a special regulatory carveout for the casino would put “a lot of businesses in surrounding areas including Boston at a serious disadvantage.” The Massachusetts Restaurant Association, which has also called for reining in beer gardens, agrees.

There is a solution to that, if you ask us: Let everyone serve booze that late. Problem solved.