Concerned about the imagery on the banner, they're asking the mayor to take it away. 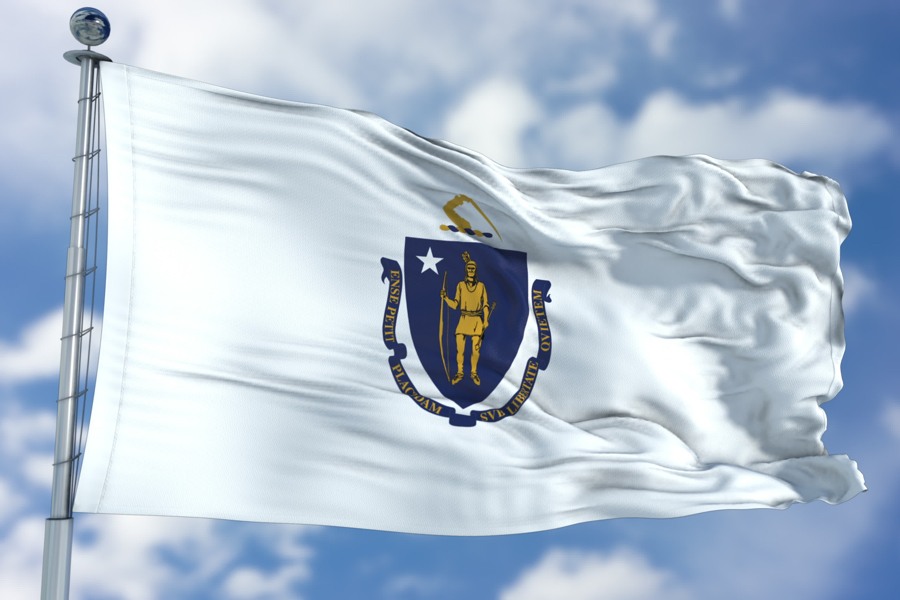 Photo by vistoff via Getty Images

Discussions about whether the Massachusetts state flag ought to be canceled have been ongoing for a while now, and for good reason. If you’ve never taken a close look at what exactly is going on in the blue-and-gold emblem at the center of the banner, it’s arguably pretty disturbing: a drawing of a disembodied arm grasping a broadsword, which is hovering over the head of a Native American figure.

Ahead of the 400th anniversary of the Mayflower‘s voyage to America in 2020, a movement has been taking shape that seeks to see the flag replaced. And now, Cambridge’s City Council is pursuing the unusual step of banishing the flag, which it deems offensive, from its chamber.

Councilors on Monday voted to endorse and a bill pending in the state Legislature that would create a commission to study a possible replacement of the flag. By Massachusetts Peace Action’s count, more than 30 cities and towns have endorsed a resolution in support of the bill.

They also took things one step further, and asked Cambridge Mayor Marc McGovern to determine whether they can legally remove the flag from the building where the council conducts meetings, for good. McGovern said Monday that he would check with state officials and, if given approval, scrap the state flag as soon as possible. According to Boston.com, he said that removing and ultimately replacing it is a step toward “grappling with our history, particularly with racism and genocide in this country.”