Fans Can Watch the Boston Bruins Scrimmage Before the Stanley Cup

They're staying sharp in the midst of a ten day break. 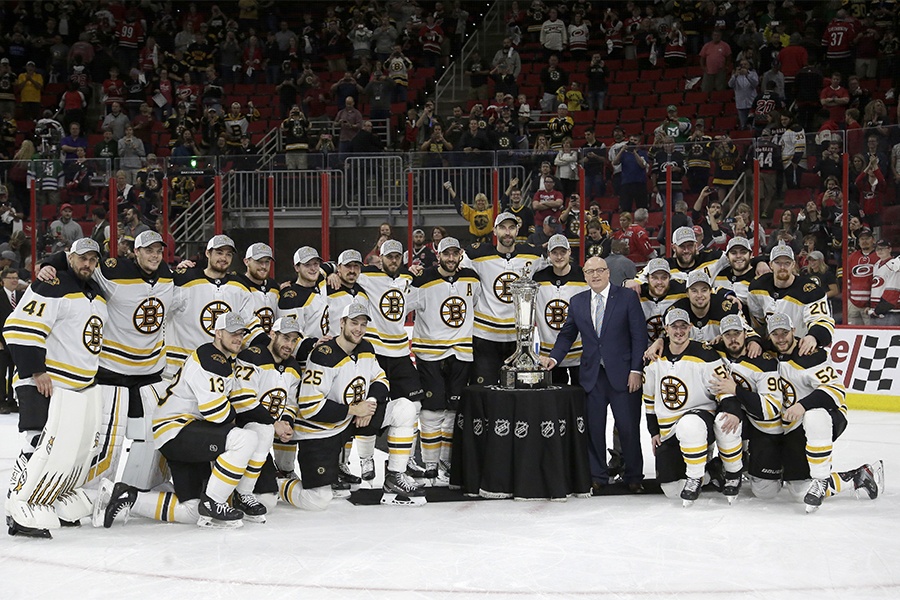 Almost a week after sweeping the Carolina Hurricanes, the Bruins finally have their Stanley Cup matchup: the St. Louis Blues.

But with a 10-day break between last Thursday’s deciding win over the ‘Canes and Monday’s Game 1, Boston needs to stay in competition form.

Luckily for fans, they’re doing that by holding an intrasquad scrimmage open to the public, in an effort to simulate a gameday environment. Coach Bruce Cassidy told the Boston Globe Tuesday that this was the best idea the team had for keeping the players on their toes—er, skates—heading into the Stanley Cup finals.

Cassidy said that he just hopes all his players come out of the scrimmage healthy and ready for Game 1.

The team, along with some standouts from the Providence development team, will be split into Team White and Team Black. Cassidy says the players will get to decide how much time they spend on the ice over two 25 minute periods, regulated by two real officials.

Tickets are available to the public now, but they’re going fast—only the nosebleeds were left as of Wednesday morning. But that’s to be expected when tickets are $20 to see the Bruins play the best team in the country: themselves.

The battle for the Stanley Cup kicks off at the Garden Monday night.