He was after her lunch. 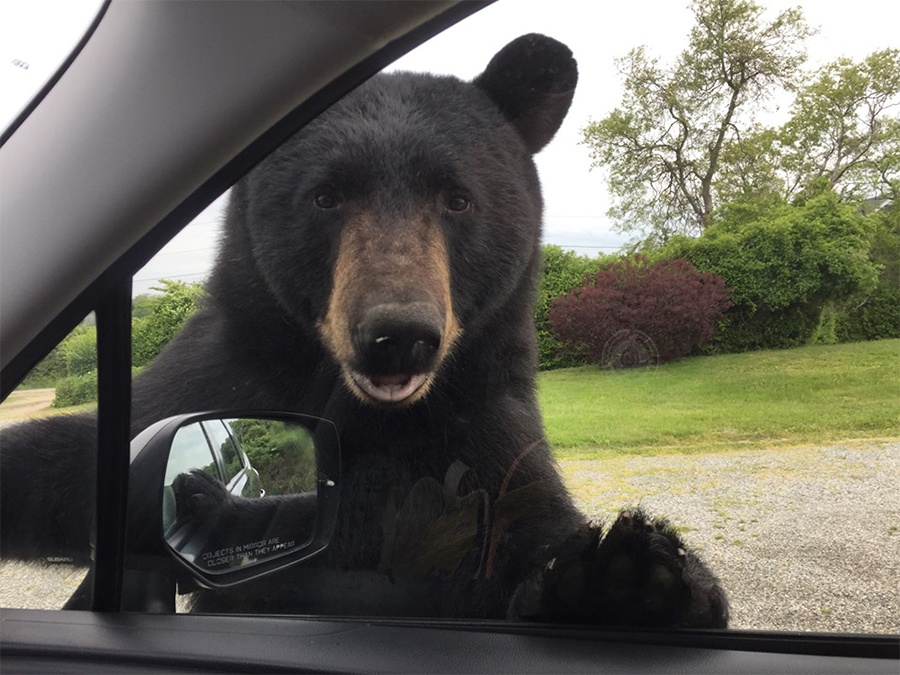 A Rhode Island woman got a friendly carside visit from a black bear Tuesday. Yes, she’s safe. And yes, she managed to take a picture.

The not-so-little guy opened Brenda McCloskey’s car door all by himself in Narragansett. McCloskey said he was probably going after her lunch, visible on the passenger seat.

A bear in Rhode Island was desperate for a ride. It was even able to open a woman's car door! pic.twitter.com/8nombkIxvc

“He opened the car door half way and I was able to close it several times,” McCloskey told NECN. “But I couldn’t lock it until it was completely closed so it was a tug of war for what seemed like an eternity.”

Thankfully, she managed to close and lock the door before she lost her lunch. And once she was locked safely inside, McCloskey somehow kept it together enough to snap a very up-close-and-personal shot of her newest friend, who looks like he’s just stopping by her window for a chat.

Eventually, police sirens scared the bear away from her window.

Narragansett Animal Control, on its second bear call in two days, posted the pictures to its Facebook page with a warning about wild animals in the area.

“Black bears can run as fast as around 30 mph,” they wrote in the post. “Yes, it’s ‘cool’, but it is a bear, a wild animal. If sighted please secure yourself as quickly as possible!”

Although the bear looks relatively chill in the photo, McCloskey said he was still trying to get inside the car. She called the police and her husband for backup.

“He had both feet up on top of the roof of the car at one point. When they got here, he had one paw on the car and was biting at the door handle,” she said.

The two Narragansett sightings aren’t the only bears in Rhody. Ursine encounters have also recently been reported in Johnston, North Kingston, and Smithfield, according to NECN.