All the Ideas for Preventing Shark Attack Deaths on Cape Cod

As shark attack anxiety approaches critical mass, here's what steps have been taken to address the risk, and what experts and amateurs alike have suggested. 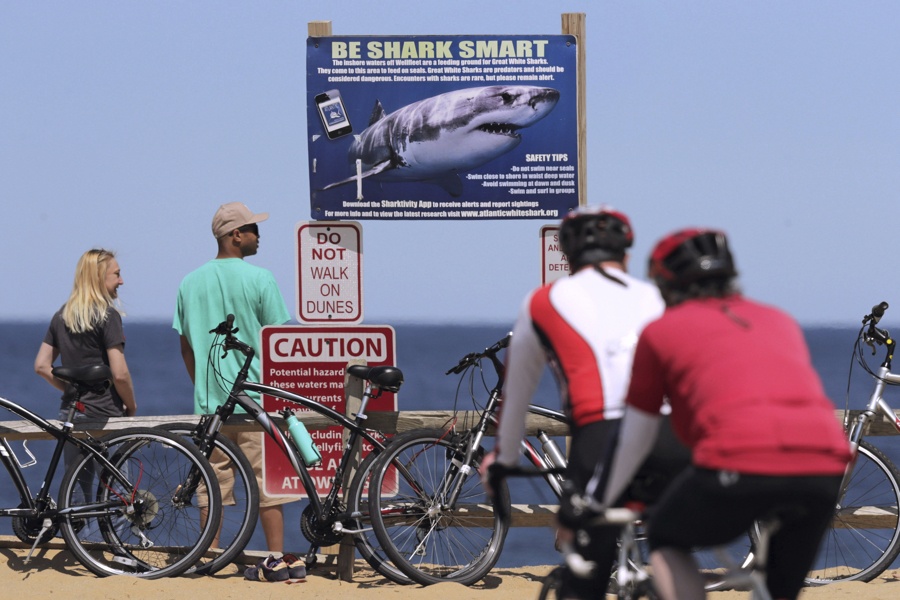 A couple stands next to a shark warning sign while looking at the ocean at Lecount Hollow Beach in Wellfleet, Mass. (AP Photo/Charles Krupa)

Even if the risk of actually getting bitten by a shark is still incredibly remote, people are understandably on edge given the renewed focus on the beasts. So naturally, there are calls to do something about it.

What, exactly, can be done? That depends on who you ask (and how comfortable you are with mass-murdering wild animals). So we took a close look at what’s being done to prevent another tragedy, and what ideas have been floated lately.

What you need to know:

The state supplied $383,000 in grant funding this year to beef up resources on beaches, which towns have used to pay for medical supplies like stretchers and kits for controlling hemorrhages, all-terrain vehicles, and satellite phones and devices that strengthen cell service on beaches to ensure first responders can be alerted quickly in the event of an attack.

To help bolster public safety ahead of summer tourism, the Baker administration will provide $383,000 in grant funds to six outer Cape municipalities. Here’s how the towns will spend that money: https://t.co/VqISsPUSxU

Beachgoers, life guards, firefighters, and others have been encouraged by the nonprofit Atlantic White Shark Conservancy and other groups to take publicly offered “Stop the Bleed” classes, where they can learn how to care for life-threatening injuries that can result from a shark attack, and theoretically buy victims time before help can arrive. Some surfers have reportedly begun carrying tourniquets with them when they hit the surf.

Thank you Orleans Fire-Rescue (@OrleansFD), Chatham Fire Department and Orleans, MA – Natural Resources for leading tonight’s ‘Stop the Bleed’ training, and to all who attended.

The nonprofit Atlantic White Shark Conservancy, which recently wrapped up a five-year study and shark-tagging operation off the Cape Cod coast, operates a smartphone app called Sharktivity, which beachgoers can use to track shark sightings and even monitor the locations of several sharks in real time. Signs have been posted at Cape beaches urging visitors to download and use the app.

The annual migration is well underway and white shark ‘Frank’ is steadily making tracks north. You can follow his travels on the @sharktivity app. You can also use the app to report your sightings and help us document the sharks as they migrate north. #citizenscience #SharkSmart pic.twitter.com/tiRPfBPOGS

Broadly speaking, Cape officials say they’re ramping up efforts to inform people about how to stay safe by setting up signs at beaches and asking area hotels to distribute information about sharks. “What we’ve learned is speaking with one voice,” State Sen. Julian Cyr, of Truro, told the State House News Service this spring. “We all need to be sharing the same message and we need to be communicating, just like any work in risk communication.”

The Woods Hole Group is in the midst of a $50,000 study of new methods that can be used to deter sharks, but it’s not due out until September. In the meantime, some have taken matters into their own hands. A pair of Wellfleet residents this year tried soliciting $200,000 via GoFundMe to buy buoys that use sonar technology to detect sharks, but fell short of that goal and in April said they would return the $36,000 raised back to donors.

In recent years, Cape Cod has become a global white shark hotspot. Last summer they saw their first tragic fatality, and a local group has now launched a GoFundMe campaign to finance a @cleverbuoy pilot on the Cape THIS summer. Link in bio, please share and support!

Earlier this month, Chatham’s town meeting took up the idea of installing a barrier net at a beach where children’s swimming lessons are taught, but narrowly voted it down. A study from a few years ago, for what it’s worth, suggested that shark-stopping nets used in other parts of the world to may not work as advertised.

A local entrepreneur is pitching Cape Cod officials on his idea to use sound-blasting technology to shoo seals and sharks away from popular beaches. He tells the Boston Herald that devices he’s concocted could be used to emit sounds that irritate seals and force them to swim away from areas where beachgoers congregate, the idea being that sharks will follow them elsewhere. He has also proposed using speakers to mimic the sounds of killer whales, which he says would frighten sharks and cause them to steer clear.

Back in 2017, Barnstable County Commissioner Ron Beaty infamously proposed catching and killing sharks by luring them with baited hooks attached to floating drums, and suggested that if sharks survive being hooked they could be shot dead. The idea, which struck many as crude and wacky at the time, didn’t go anywhere, and later surfaced in a recall petition signed by more than 1,000 people, which among other things cited Beaty’s “evident lack of knowledge regarding aquaculture and environmental issues.”

Still, the idea of culling the shark or seal populations by hunting and killing them persists. But as South Coast Today reports, that isn’t likely for a number of reasons, including the fact that federal regulations would stand in the way, it would be expensive, the backlash would be intense, and it probably wouldn’t work anyway. One non-lethal way of reducing the seal population that’s been batted around involves giving seals birth control, but it’s not clear how that could be done on a large enough scale to make a difference. 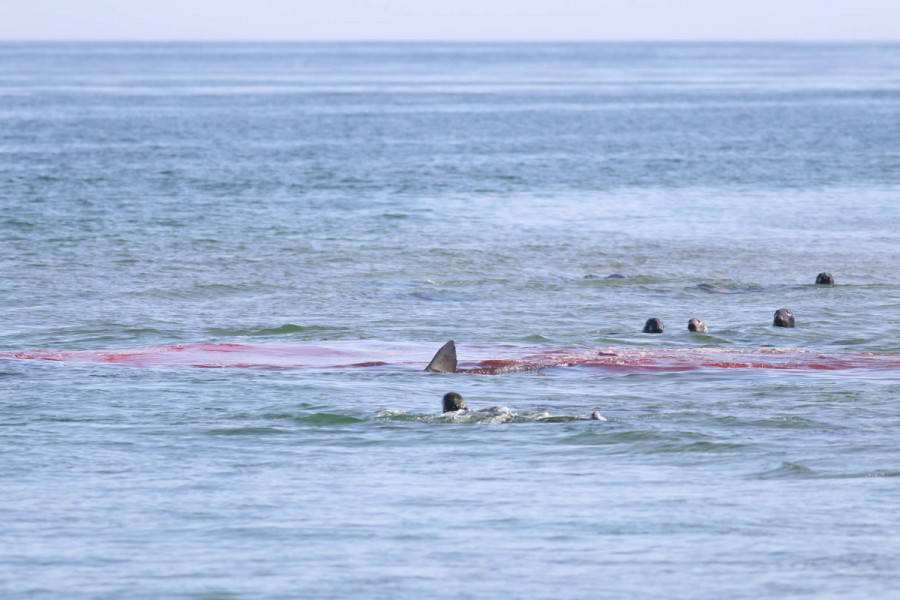 Shark researchers often use planes to track sharks from above. Drones, or even balloons, have been suggested as cheaper alternatives for more constant monitoring. It can, in fact work, at least on a small scale: After all, who can forget these drone photos from last summer, which recorded a great white approaching a paddle boarder.

‘Close encounter of a peaceful kind.’ Yesterday morning Cody DeGroff (@Cdegroff10) captured these amazing photos of a white shark near a SUP just north of Nauset public Beach. The paddle boarder did not see the shark. pic.twitter.com/DQCeM3w7nf

Surfers are also turning to commercially available deterrent methods. Devices on the market right now include bracelets and surfboard attachments that emit shark-irritating electric fields, attachable black-and-white stripes that can allegedly keep sharks away when taped to the bottom of surfboards, and $500 shark-repelling wetsuits.