The St. Louis Blues player will sit out Game 3 of the Stanley Cup. 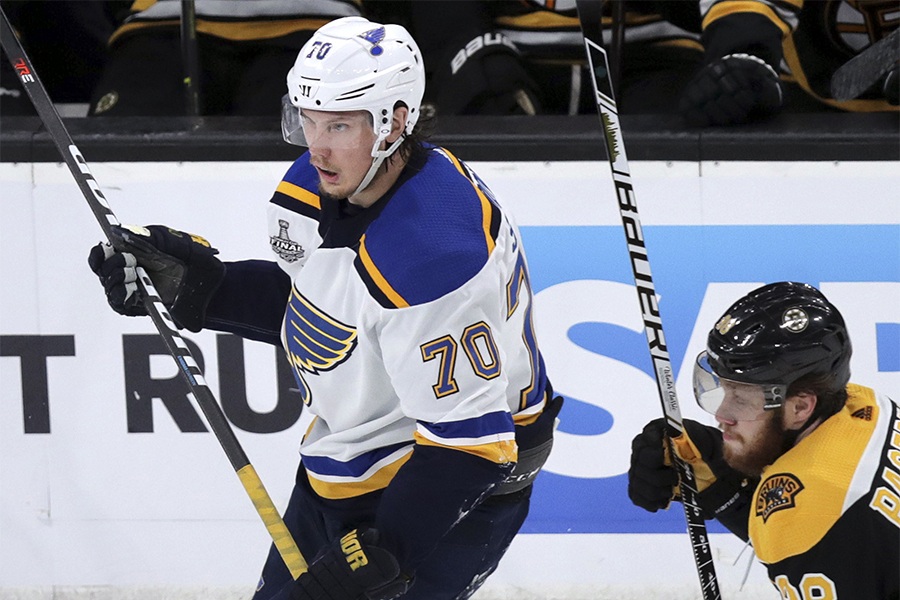 Remember Oskar Sundqvist from Game 2 of the Stanley Cup? The Blues player who slammed Bruins defenseman Matt Grzelcyk into the glass so hard he couldn’t get up? Yeah, that one. Don’t expect to see him on the ice for Saturday’s game.

The Blues forward will be stuck on the sidelines with a suspension, following an NHL Department of Player Safety hearing. During the game, Sundqvist got just two minutes in the box for minor boarding.

Sundqvist made the hit on Grzelcyk towards the end of the first period. Just as the Bruin was regaining balance and trying to get the puck from behind the net, he got smashed into the glass from behind.

This clip is for hockey fans who want to victim blame

There was more than enough time for Sundqvist to avoid all contact#NHLBruins #StanleyCup #NHL #Concussion pic.twitter.com/1Hj4jh2ckc

When Grzelcyk fell, he didn’t get up. The defenseman was taken off the ice and to Mass. General Hospital. He is now undergoing concussion protocol.

“I don’t think that’s a hit we want in our game,” Boston center David Backes said after the game. “It was from behind, elevated into his head into the glass… that’s something I think if I’m making that hit, I’m probably watching from the bleachers for a few.”

When the team left for St. Louis, Grzelcyk stayed behind in Boston, tentatively awaiting a Game 5 return.

The league’s press release said that Sundqvist should have slowed, changed, or avoided the hit once he saw Grzelcyk in front of him.

Blues fans are still reveling in their Game 2 overtime victory, 3-2, over the Bruins. But Sundqvist’s suspension puts a damper on their celebrations.

Marchand punch to the back of the head.. that's okay.

Sundqvist finishes his check on a player who puts himself in a bad spot… 1 game.

Some are calling the officiating during the Stanley Cup Final unfair to the Blues. But of course, no matter what team you’re rooting for, the refs are always out to get your players.