The Internet Is Mocking a “Straight Pride Parade” Planned in Boston 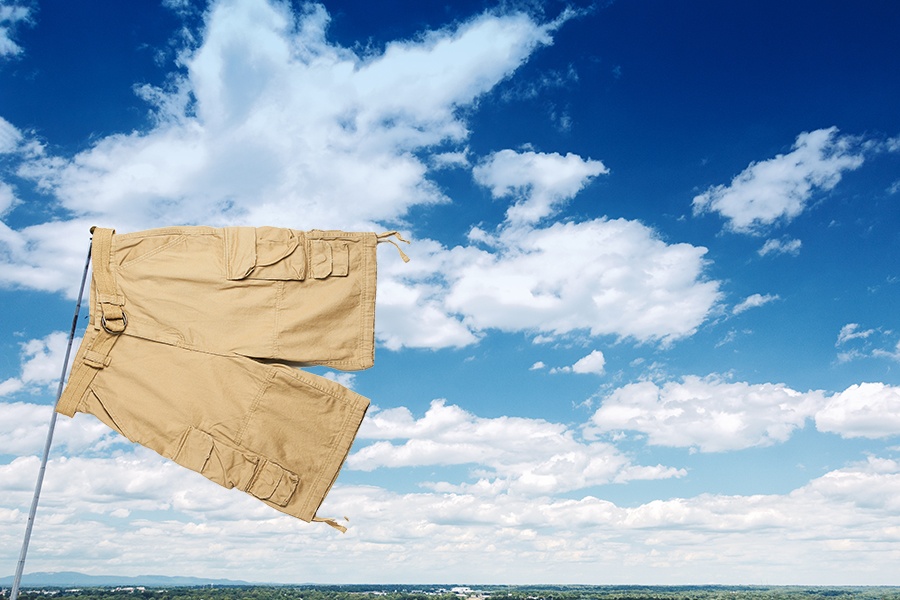 Attention dudes who wear Punisher T-shirts, the worst sunglasses you’ve ever seen, and shorts with like 30 pockets: A day of celebration is on its way!

In the mold of the Boston Pride Parade, a decades-old event celebrating LGBT history and culture that is coming up this weekend, a group of right-wing provocateurs say they’re organizing an event of their own: a “Straight Pride Parade.”

Its organizers say they hope to travel the same route as Boston Pride, which begins in Copley Square and rolls through the South End on the way to Boston Common and City Hall. If this actually happens, and you’re looking for the tens if not dozens of guys who show up for it, that’s where you’ll find them. A date has not yet been set.

“The Straight Pride Event will be held to achieve inclusivity and spread awareness of issues impacting straights in Greater Boston and beyond,” a post on a website advertising the parade reads. “It will be a one-day event consisting of a parade followed by a flag raising ceremony.”

Medford’s Mark Sahady, who identifies as vice president of the group, says in a Facebook post that he is working with the city to make plans and that his goal is to hold the parade on Saturday, August 31. He also claims to have filed a discrimination complaint against the city.

We reached out to City Hall, which confirms it has been contacted by the group, but has not yet issued the permits required to host a parade. Mayor Marty Walsh also sent us a statement Tuesday affirming his support for Boston Pride.

Sahady is one of a handful of guys who organize a few rallies each year, which inevitably provoke backlash in the city. He helped plan a “Rally for the Republic” in 2017 that drew fewer than 100 right-wing demonstrators and several thousand counter-protesters, as well as a pro-gun protest last summer in response to the March for Our Lives.

News of the alleged parade spread quickly online after a New York Times staffer shared a screenshot of Sahady’s Facebook post on Twitter, with plenty of observers mocking the concept.

the straight pride parade in boston should have a completely straight parade route, i thought i’d save them some time by drawing one pic.twitter.com/afbUi8mtnu

The city of Boston is a straight pride parade tbh https://t.co/Lx07PEEWxT

Here are some of the people attending the Boston Straight Pride Parade, including a @Yankees fan.

How am I supposed to explain his orientation to kids? It’s unnatural, and not God’s plan. pic.twitter.com/qVGoSA0B2m

me explaining to my boyfriend why we’re going to straight pride pic.twitter.com/ZtXpLaV05s

A more accurate name for the Straight Pride Parade would be Incelebration.

Buzzfeed, inspired by the news, made a list of suggestions for celebrating the big day, like having a coffee table that looks like shit or wearing Nike slides.

Even Smash Mouth had some thoughts.

This year is a significant one for pride parades held around the country, as it marks the 50th anniversary of the so-called Stonewall Uprising, a backlash to police harassment at a prominent gay bar in New York that is credited with sparking the modern LGBT rights movement. Boston held its first Pride Parade in 1971, two years after Stonewall, and the event has since expanded to a multi-day party, with events planned around the city throughout the month of June. The parade kicks off on Saturday, June 8 in Copley Square and concludes with a concert and youth dance at City Hall Plaza.

In a statement, Boston Pride President Linda DeMarco said the annual parade “welcomes everyone” including the “straight allies” who join each year.

“We are looking forward to seeing our straight friends, family, and neighbors at the Boston Pride parade and festival this Saturday along with members of the LGBTQ community,” she says. “In the meantime, we are focused on putting on our largest Boston Pride parade ever.”