For the First Time, Boston Saw 10,000 Bluebikes Rides in One Day

The bike-sharing service set a new record on Tuesday. 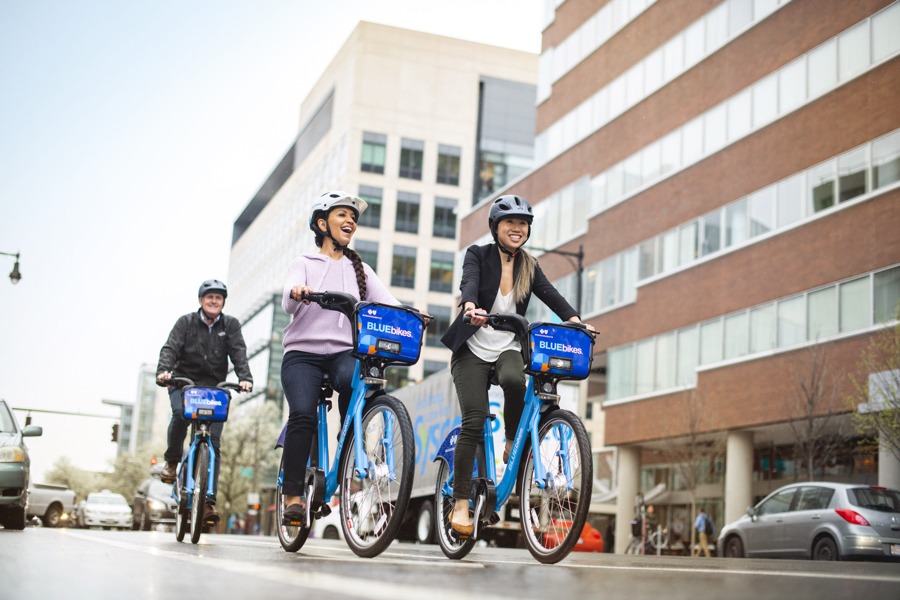 Look at you go, Bluebikes!

Boston’s bike sharing service broke its one-day ridership record on Tuesday, when for the first time ever more than 10,000 cyclists pedaled on one of the dock-able devices in one day.

It does make sense, as yesterday’s partly cloudy conditions, with highs in the low 70s, made for some pretty nice biking weather. The record to beat is now 1,035 trips, although it’s likely that record will be broken at least a few times this summer.

“Even more trips are expected as Boston, Brookline, Cambridge, and Somerville are planning on adding nearly 50 new stations and 1,000 new bikes to the system this year,” spokesman Alec Grossman says in an announcement. “In addition, the system will be expanding into the City of Everett for the first time with even more stations this spring.”

Record-Breaking News: on Tuesday 6/04, Bluebikes riders completed the highest number of daily trips, EVER. 10,035 trips were taken in total. 🎉

Today is a gorgeous and sunny day, so hop on a bike and help us pedal towards our next goal. 🚲 pic.twitter.com/m1pyX9UpCB

Bluebikes—which you may remember debuted in 2011 as Hubway before changing its name in a partnership deal with Blue Cross Blue Shield—has seen its ridership figures increase in each of the last seven years, according to the service’s own statistics. In 2018, the service recorded more than 1.7 million individual trips on its bikes, up from about 531,000 in 2012.

They now have some competition, as dock-less e-scooters launched in Brookline this spring and are poised to make landfall in Boston in the near future. Rides on the scooters, which zip around at top speeds of 15 miles per hour, cost $1, plus 15 cents per minute.

On Tuesday, Bluebikes users traveled 13,000 miles, per a press release, which means they collectively burned an estimated 877,000 calories. And not a drop of gas.