If Trump won't, Jamaica Plain's Hope Central Church says they'll do it on their own. 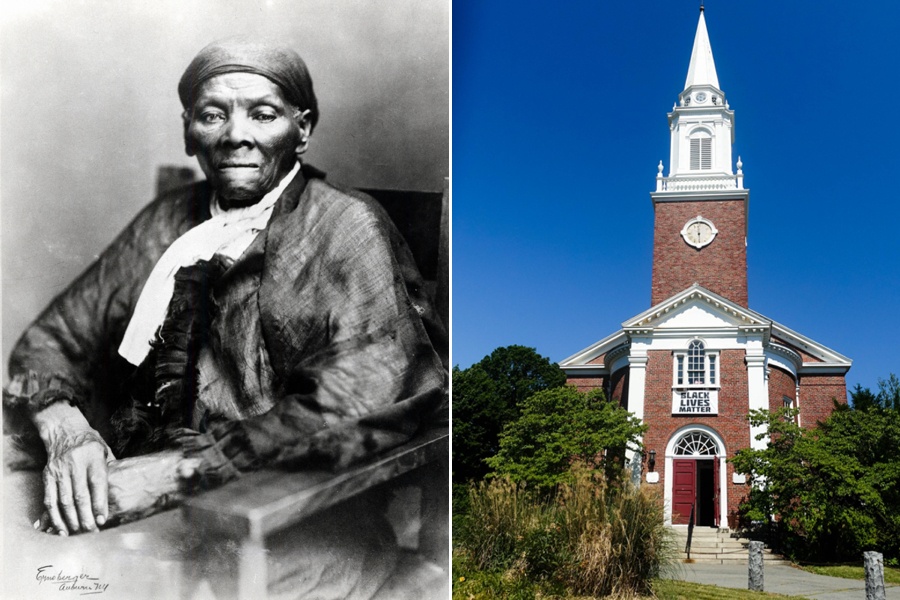 Congregants at Boston’s Hope Central Church were frustrated with waiting to see Harriet Tubman’s face on the $20 bill. So for the past month, they’ve been doing it themselves.

According to the Religion News Service, the progressive protestant church in Jamaica Plain has been gathering up all the twenties it receives in collections at services, and using stamps to blot out the face of President Andrew Jackson, replacing it with the iconic abolitionist famous for guiding escaped slaves along the Underground Railroad.

Their bill-stamping operation began as the fate of an Obama-era decision to honor Tubman on the $20, helped along by a nine-year-old Cambridge girl, had come into question after Trump took office. The plan called for Jackson’s face to remain on the bill, and for Tubman’s to be added to the opposite side. Trump had dismissed the idea as “pure political correctness,” and suggested she be featured on a different denomination, like the $2. Last month, current Treasury Secretary Steve Mnuchin, grilled by Massachusetts Rep. Ayanna Pressley, said Tubman would not be added to the bill until after Trump leaves office—2026 at the earliest.

.@RepPressley: “Do you support Harriet Tubman being on the $20 bill?”

Secretary @stevenmnuchin1: “I’ve made no decision as it relates to that.” pic.twitter.com/LuDNEhiEFH

In protest, Hope Central Church is one of many groups that have taken matters into their own hands, using a stamp designed by artist Dano Wall. Wall sells the stamps on Etsy, and also shares plans that can be fed into 3D-printers for people to make their own, and only asks that no one sell them for profit.

Stamping bills like this appears to be legal. On his website, Wall links to a blog post from the nonprofit Stamp Stampede that makes the case that it’s only against the law to deface a bill with an ad for a business, or to the point where it can no longer be spent. The Tubman stamp does neither, and there don’t appear to be any cases of Tubman bill-stampers facing legal trouble.

Proponents of adding Tubman to the bill say it’s important to see historic women of color represented in prominent places like U.S. currency, and also point to the fact that Jackson owned slaves and oversaw the forced resettlement of Native Americans in the so-called Trail of Tears. Trump has defended Jackson’s “great history” as a populist leader, and hangs a painting of him in the Oval Office. 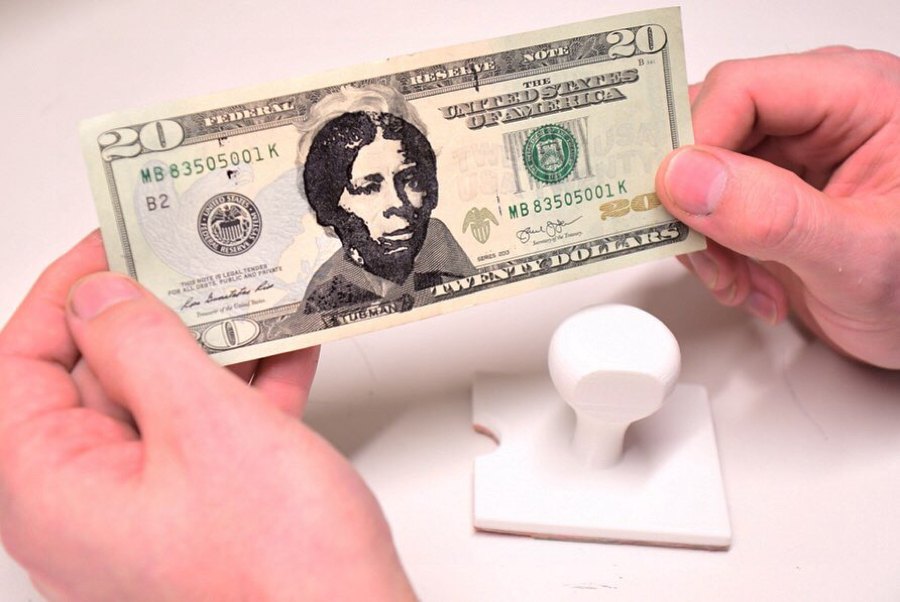