The injury could keep the Bruins captain out of the rest of the Stanley Cup. 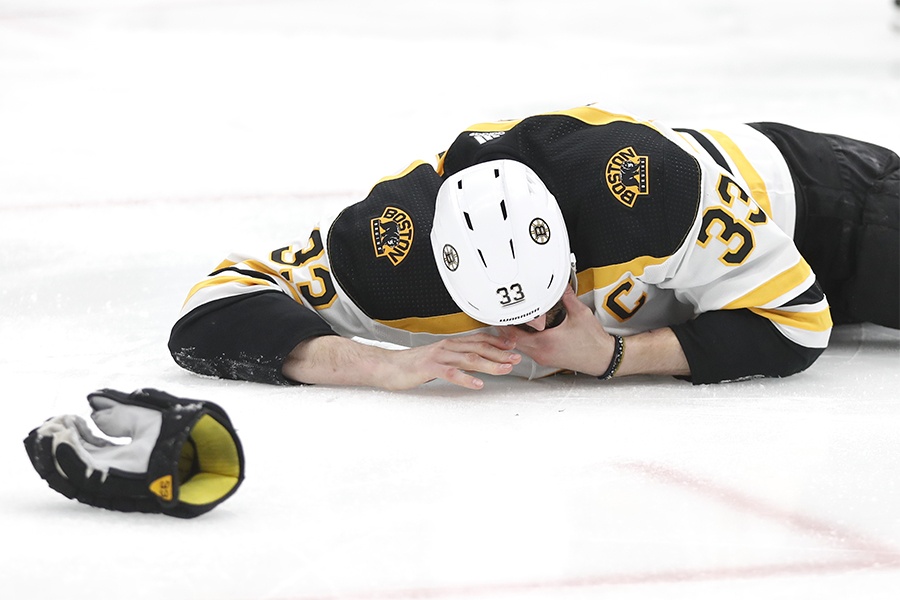 The Bruins may be in trouble when they return home Thursday night.

Captain and defenseman Zdeno Chara might have a broken jaw, according to the Athletic. He fell to the ice bleeding during Game 4, but stayed on the bench for the rest of the game with the team.

A source familiar with the situation confirms to @TheAthleticNHL that Boston defenseman Zdeno Chara has a broken jaw. #stlblues @FlutoShinzawa @JoeyMacHockey

Chara came back to Boston with the team to be evaluated, according to head coach Bruce Cassidy. After Game 4, Cassidy said his captain said he was “very uncomfortable,” but still insisted on sitting on the bench with a snazzy new face shield.

“He’s an absolute warrior,” teammate Brad Marchand told ESPN. “If it wasn’t for a doctor, he would have played that game. He’s that kind of guy who you’re going to have to kill him to keep him off.”

Have a weird feeling that Zdeno Chara is about to play through a broken jaw.

Cassidy doesn’t know whether Chara will get back on the ice during this Stanley Cup Final. But with an injury that serious, it looks like he could be getting very familiar with that bench in the next few games.

The Blues played a hard and fast Game 4 to win, 4-2, and tie the series at two games apiece. Now, the Bruins get the home ice advantage for Game 5, but may be missing their fearless leader.

“This matchup is not good with Zee out, let’s face it,” Cassidy told ESPN. “They’re a big, heavy team, so we lose that element. But someone else is going to have to step up, and I think we do it as a group.”

Through four finals games, Chara has one goal and four assists.

The series is still tied at two wins apiece. But this injury, plus Chara’s fellow defenseman Matt Grzelcyk sitting out while he undergoes concussion protocol, doesn’t make for a sunny forecast.