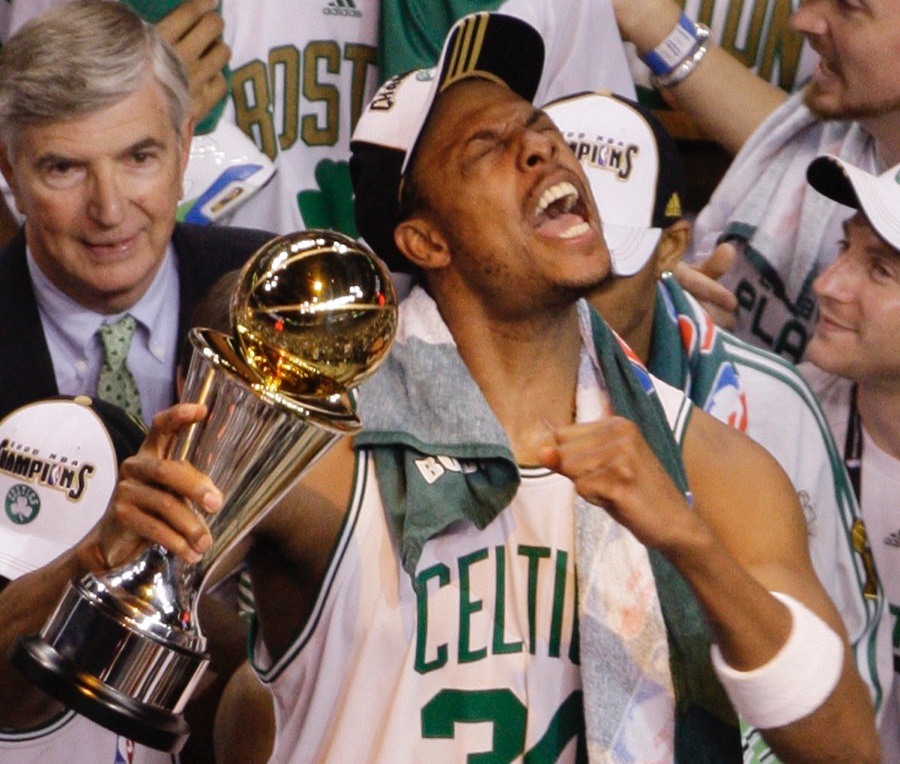 It’s been 11 years since an iconic moment in Celtics history, and in the storied career of Paul Pierce: That time in the 2008 NBA Finals when the soon-to-be MVP sustained a possibly nasty knee injury and was spotted in a wheelchair, but then returned in dramatic fashion to lead the C’s to victory.

11 years ago, @paulpierce34 exited Game 1 of the #NBAFinals in a wheelchair …

“The Truth” returned to the game to help the @celtics defeat the @Lakers. pic.twitter.com/eG5n87Xd4m

Celtics fans remember it fondly. But I guess for some, the wheelchair has been an open question for years. Why, they wonder, was it necessary? Considering his performance in the rest of the second half, what was really going on?

So the issue came up in an ESPN appearance on Wednesday, and Pierce’s response has sent fans reeling.

Paul Pierce just finally admitted the famous wheechair incident was because he had to go poop pic.twitter.com/cnzojp5KtJ

no one for literally years:

we had moved on from this:

paul pierce: yeah i pooped myself

At a critical moment in the playoffs, did the Celtics star actually have to go so badly he needed medical assistance? Did… did Paul Pierce poop his pants?

The speculation started to get out of hand almost immediately, and a video of his comments shared on Twitter now has more than 1.25 million views.

But now, Pierce is walking—or, I guess, wheeling—things back a bit. In a tweet Wednesday night, he suggested that his confession was actually just a joke. “Sorry to bust y’all haters bubble,” he wrote, “but the only [poop emoji]Ing I did June 5 2008 was on the Lakers.”

I don’t know who to believe anymore.