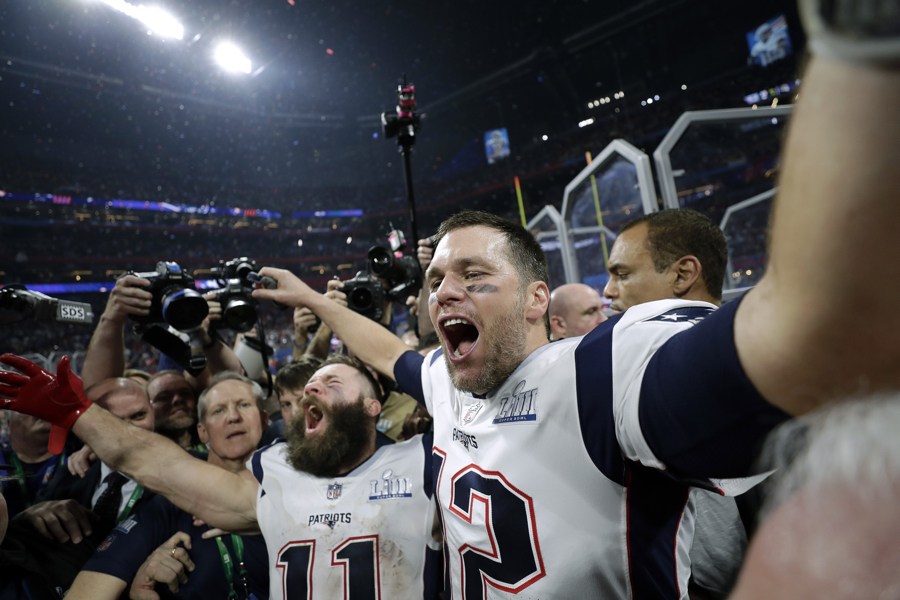 What do you get the team that’s won everything? The biggest Super Bowl ring in history, of course.

The Patriots (present and former) gathered at Robert Kraft’s home Thursday night to celebrate their 2018 champion season one more time. And to receive their latest accessories, which arrived in Brookline via armored van.

The greatest ring of all-time. pic.twitter.com/Vv5AHmVGhS

The white gold and diamond rings are engraved to remind us that “We are all Patriots.” Kraft’s signature appears under his quote, along with a date—February 3, 2002, the Pats’ first Super Bowl win. Ironically, that game was also against the Rams, but before they moved out to L.A.

Each piece has the name of its owner carved into the side, and the number for players. On the other side, the ring is set with the game’s 13-3 score (not as iconic as 28-3, but still) and the words “Still Here,” as though the wearers need a reminder.

There are also 20 sapphires thrown in to symbolize the Pats’ 20 AFC East Division Championship wins.

With this latest ring, Tom Brady becomes the first player ever to be able to wear six pieces at once. Belichick, meanwhile, showed up with an entire jewelry store on his hands, thanks to a couple of previous Super Bowl victories with the Giants.

Lord of the Rings.

Former Patriots Josh Gordon, Trey Flowers, Chris Hogan, Brian Flores, Eric Rowe, and Trent Brown made the trip to Boston for the night. Once a Patriot, always a Patriot—until the next team wins the Super Bowl and you stop getting invited to soirees at Kraft’s.