It’s a Miracle: David Ortiz, Shot in the Dominican Republic, Is OK

Big Papi is out of surgery and in stable condition. 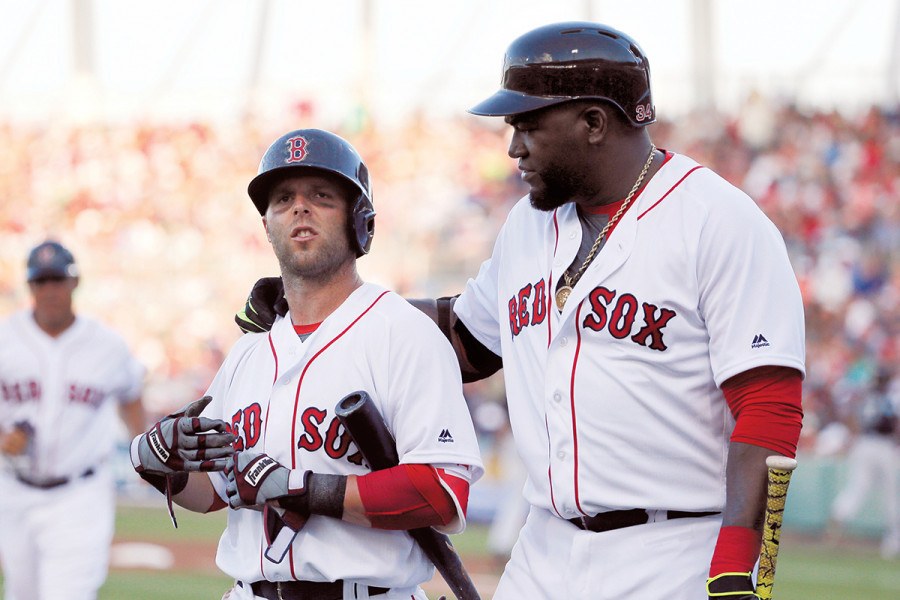 Boston is breathing a gigantic sigh of relief this morning. It looks like David Ortiz—a legend, an icon, a beloved spokesman for our city at its darkest moment—is going to be OK.

Authorities say Big Papi is expected to survive after a shooting in the Dominican Republic that sent him to the hospital Sunday night. Ortiz successfully underwent emergency surgery for a gunshot wound, and is in stable condition, authorities say. A suspect is in custody.

Why this all happened was still not clear by Monday morning. But what we know for now is that Ortiz was on the outdoor patio of a bar in Santo Domingo at about 8:50 p.m. when a man drove up on a motorcycle, pointed a gun at his back, and fired one shot. Witnesses say the bullet entered Ortiz’s back and exited through his stomach—but miraculously, considering he was shot at close range, it appears he did not fatally damage any vital organs. Earlier reports that he had been shot in the leg were inaccurate.

“He is out of surgery and stable; he is resting,” Ortiz’s father, Leo Ortiz, told reporters. “Big Papi will be around for a long time.”

Details from the latest AP story:

Ortiz’s father, Leo, said his son was out of danger. … He said he had no idea why someone would have shot at his son.

“He is out of surgery and stable; he is resting,” Leo Ortiz said. “Big Papi will be around for a long time.”

Graphic surveillance video shared online appears to show the moment Ortiz is shot and collapses to the ground. Another very disturbing video that made the rounds Sunday night appears to show a mob of people surrounding the suspect and beating him to a bloody pulp. Police identified him as Eddy Vladimir Féliz García, and said he was also receiving medical treatment, according to Reuters. A second suspect is reportedly still on the run.

Ortiz retired in 2016, capping off 14 seasons as a slugger for the Boston Red Sox. The Sox retired his number the following year, and also renamed a span over the Mass Pike near Fenway Park the David Ortiz Bridge. Fans are likely to remember the iconic moment in the wake of the Boston Marathon bombings, when Ortiz took the mic at a Red Sox game to declare, “This is our fucking city.”

As we await more updates on his condition, teammates, friends, and a former president, have been sharing words of encouragement for the star online.

Please keep my man Big Papi @davidortiz in your prayers while he recovers from this senseless act of violence. Be strong big fella, we got you.

Six years ago, David Ortiz’s spirit and resolve helped us all begin to heal from the Boston Marathon bombing. Today, I want to join many others in wishing him a speedy recovery of his own. Get well soon, Papi. pic.twitter.com/9orpBgnVI5