The Stanley Cup Final ended in tears for Boston. 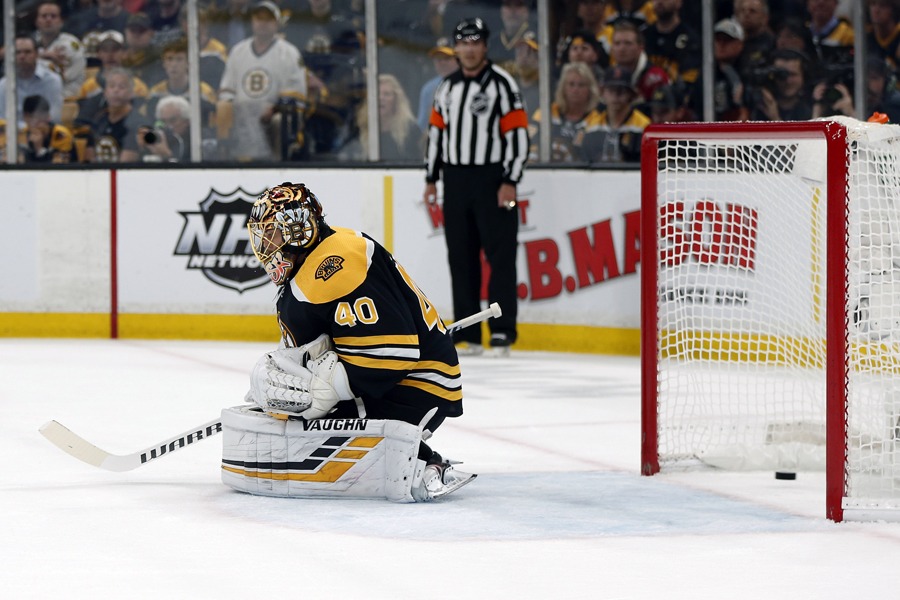 It started out so strong—the Bruins seemed to be shooting on St. Louis Blues rookie goalie Jordan Binnington relentlessly in the first period of Game 7 of the Stanley Cup Final. It could only be a matter of time before the puck snuck through for them. But instead, the Blues finally seemed to wake up towards the end of the period, and scored two goals on the previously unstoppable Tuuka Rask.

Hockey is a cruel sport.

Not even the support of Aly Raisman and Julian Edelman or a Jim/Roy Office détente could help. A high speed but score-free second period followed, including a heart-stopping moment where it seemed like the Blues were about to make it 3-0 as Rask and Zdeno Chara together managed to stop a goal.

But things got much worse in the third period, as the offense continued to sputter, and Rask let a third and fourth unanswered goal in, and the Blues walked away with a 4-1 victory. The lone bright spot was a goal from defenseman Matt Grzelcyk, back for his first game since a nasty hit left him with a concussion after Game 2.

Boston fans hoping for their third championship in a year were left disappointed, and the duck boats will remain on duty carting summer tourists around the city for now.