A Suspect Who Police Believe Shot David Ortiz Has Been Arrested

Authorities identified him as Rolfy Ferrery, who allegedly arrived at the scene on the back of a motorcycle and shot the slugger in the back. 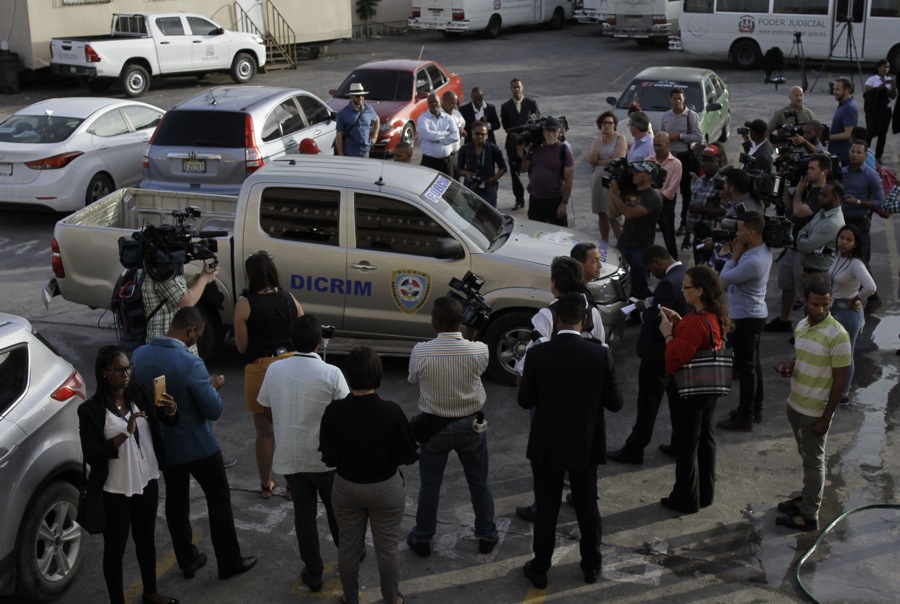 Update: In a Wednesday press conference, authorities in the Dominican Republic identified the suspect who they believe shot Red Sox all-star David Ortiz as Rolfy Ferrery, who also goes by the name “Sandy,” the Associated Press reports. Ferrery was among five men detained as police continue to investigate the Sunday night shooting. Earlier, police arrested Eddy Vladimir Feliz Garcia, who allegedly drove the motorcycle to the scene and has been charged with being an accomplice to attempted homicide. Dominican authorities also say video footage shows Ferrery and Garcia talking with people in two cars shortly before the attack. A sixth suspect is still at large.

Earlier: A second suspect allegedly linked to the shooting of David Ortiz, which badly injured the beloved Red Sox slugger on Sunday night, has reportedly been arrested.

As Ortiz recovers from his injuries at Massachusetts General Hospital, and while an investigation continues into exactly what went down in the Dominican Republic this weekend, the Boston Globe is reporting that police have arrested a man thought to be the one who arrived on the back of a motorcycle, pointed a gun at Ortiz where he sat on the patio of a Santo Domingo nightclub, and fired. The Globe cited “a person briefed on the investigation.” The suspect has not been identified.

Dominican authorities have detained five men as part of the investigation, CBS Boston reports. Video has emerged online that purports to show the latest arrests in progress.

Police had already arrested Eddy Vladimir Feliz Garcia, the shooter’s alleged accomplice, who was swarmed by an angry mob at the scene of the shooting and held there until authorities arrived. Garcia was formally charged Tuesday with being an accomplice to attempted homicide.

It is not, however, clear how much Garcia knew about the attack ahead of time. He claims he was a motorcycle taxi driver who had no idea his passenger was planning to shoot Big Papi. “He didn’t know what they were going to do. He’s a fan of David’s,” his lawyer Deivi Solano told reporters, according to NBC Boston.

If true, that would of course make the disturbing video of the street justice handed down to Garcia in the minutes after the shooting even more awful than it already is. Short clips captured by bystanders show a bloodied Garcia surrounded by a group of men who continue to strike him as he cowers against a wall.

Meanwhile, Ortiz is making progress at Mass General, where according to his wife Tiffany he underwent a second surgery Tuesday and was “stable, awake, and resting comfortably.”