They showed some love for Big Papi at Game 7. 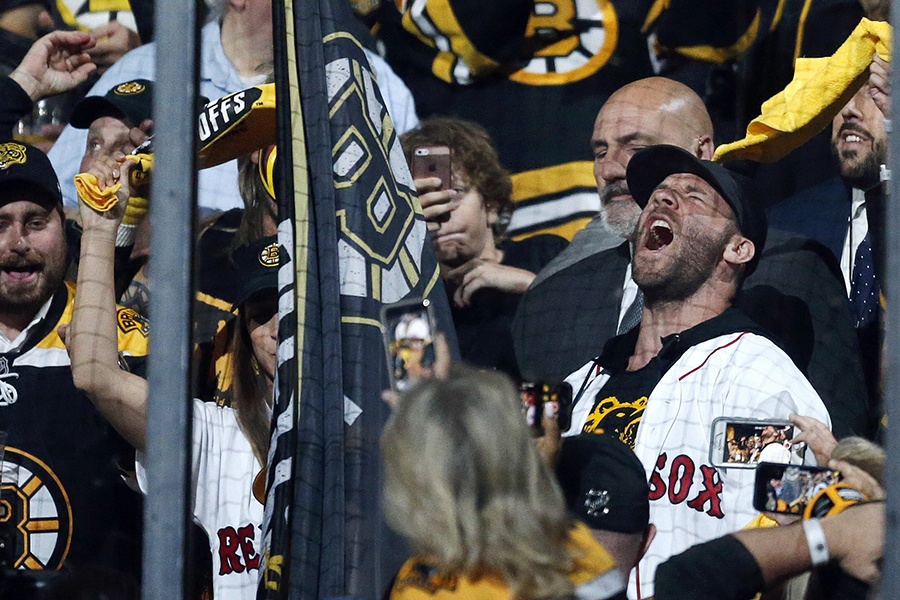 Sending good vibes to the Red Sox slugger while he recovers from a gunshot wound in Boston, Aly Raisman and Julian Edelman showed some love for David Ortiz at the Stanley Cup by wearing #34’s jersey at Game 7.

The olympian and Patriots wide receiver were joined by Liam Fitzgerald, best known as the “fist-bump kid,” a Boston sports icon in his own right, in carrying the banner at TD Garden. Fitzgerald is a Northborough teen with Down syndrome who can often be seen giving fist bumps to the Bruins at games. “I just want them to win games, win the Stanley Cup and be happy,” Fitzgerald told NBC 10 Boston ahead of his favorite team’s big game.

Ortiz, meanwhile, is making strides at Massachusetts General Hospital, his family says he successfully completed a second surgery for injuries he sustained in a shooting outside a Dominican Republic nightclub. He took his first steps since the attack on Tuesday, a spokesman said Tuesday.

Raisman and Ortiz go way back. She’s said she drew inspiration from her pal Big Papi when she ventured into business, and when Raisman medaled at the Olympics in 2016, Ortiz tweeted praise for the athlete, calling her “my good friend.”

Both have offered messages of encouragement for Ortiz on Instagram. “Papi, all of New England has your back,” Edelman wrote, adding the hashtag, “#toughtimesdontlasttoughpeopledo.”