Police are searching for a suspect in what they now call an $8,000 hit job. 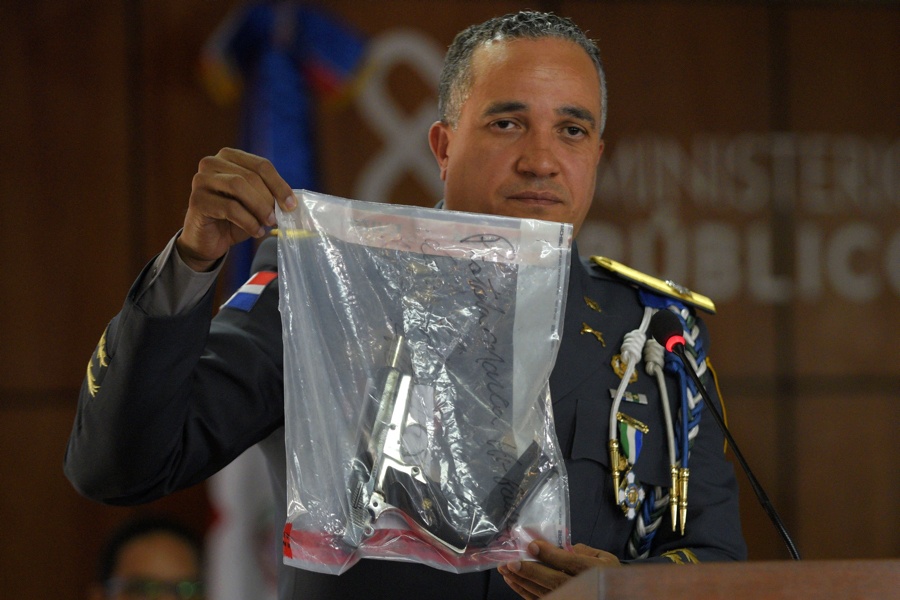 They were offered less than $8,000 to kill David Ortiz, and one of them is still on the loose.

That’s according to police in the Dominican Republic, who are painting an increasingly detailed picture of the group of men allegedly responsible for the events of Sunday night, when the Red Sox icon was shot once in the back and sustained serious internal injuries.

Authorities now say they believe what many suspected from the outset—that the attack was the work of a hired gun. The Boston Globe reports that Ney Aldrin Bautista Almonte, director of the DR’s national police, announced Wednesday that investigators have determined the men were offered 400,000 Dominican pesos, which works out to around $7,800 U.S. dollars, to kill Ortiz.

So far six have been arrested, while the search continues for a seventh suspect. He has been identified as Luis Alfredo Riva Clase, who goes by the bone-chilling nickname “The Surgeon.”

Santo Domingo Police have arrested 6 people in what they call a “complex plot” to kill @RedSox, David Ortiz. Police are still searching for one man. The latest on Big Papi’s condition coming up on @boston25 pic.twitter.com/gq756PeIW8

The motive is still a mystery. Rumors have swirled about who might have wanted Ortiz dead, and why, but none have been confirmed by authorities.

But we’re learning more with each passing day about the moments before and after the shooting. Police released new surveillance footage that appears to show a motorcycle driver and passenger chatting with people in two grey vehicles before the attack, then driving to the Santo Domingo nightclub to ambush Ortiz. The alleged gunman has been identified as Rolfy Ferreras Cruz, who rode on a motorcycle driven by Eddy Vladimir Feliz Garcia, police say. While Garcia was able to escape after the shooting, Cruz crashed the motorcycle and was promptly swarmed and beaten by an angry mob. Garcia was later arrested.

Meanwhile, Ortiz is reportedly comfortable and has taken at least a few steps while in the ICU at Massachusetts General Hospital. As Boston anxiously awaits more updates on Ortiz, two other Boston sports legends, Aly Raisman and Julian Edelman, showed some love for Big Papi at Game 7 of the Stanley Cup Thursday night, showing up wearing #34’s jersey.