Marty Walsh Is Changing His Tune, Says No to MBTA Fare Increase

After the Red Line derailment, he says it's "unfair to ask riders to pay more." 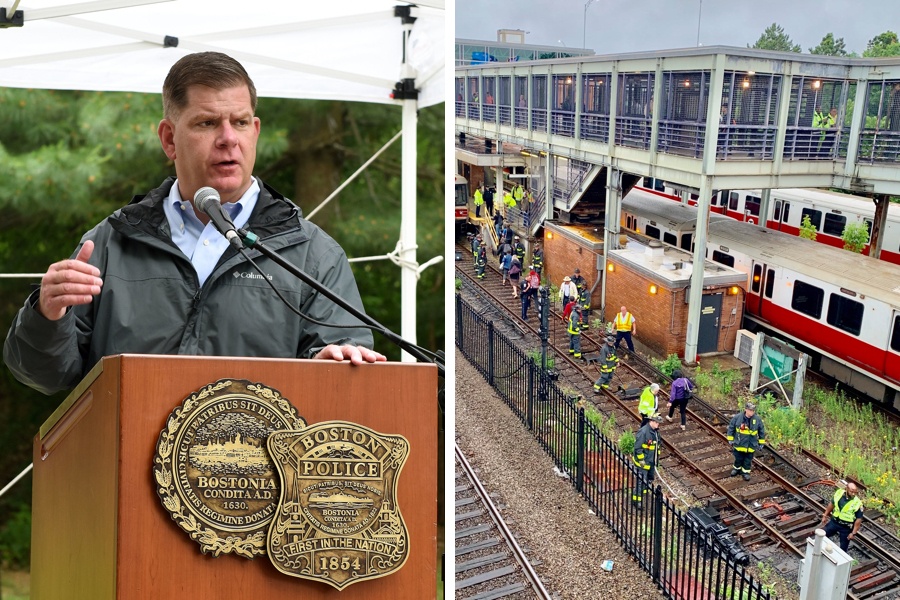 With another fare increase on the MBTA just two weeks away, Marty Walsh is finally sipping the AriZona Iced Tea.

The mayor on Monday made a public call via Twitter to halt the 6 percent increase, at a time when pressure from city councilors and T users frustrated by sluggish Red Line commutes after last week’s derailment. He had previously supported the hike.

There should be no fare increase until the Red Line is fixed.

The @MBTA must act with urgency and it’s unfair to ask riders to pay more until the Red Line is fully operational.

Speaking in front of the MBTA’s oversight board at its Monday meeting, Walsh transportation chief Chris Osgood explained the mayor’s change of heart. “Right now, our residents are experiencing a tremendous amount of pain, and one of the places of that pain is at the fare box,” he said, according to the State House News Service. “We were supportive of the fare increase with the assumption it would mean better service. Right now, it is not better service.”

The odds of that happening don’t look particularly good. The T is relying on the $30 million it expects to take in from the higher fares, and transportation officials are publicly poopooing the idea of slamming the brakes on that new money.

An anti-fare increase campaign has been underway in Boston, including from City Councilor Michelle Wu, who has advocated against it and even argued that the MBTA should just be free. A Change.org petition against the fare increase had nearly 6,000 signatures as of Tuesday morning. State Democrats have been hammering Gov. Charlie Baker, a Republican, for his approach to fixing the T and have mounted a campaign to get him to actually try riding the subway.

Walsh on Monday also said that he wants more local representation on the board charged with overseeing the T. The Fiscal and Management Control Board, established by Baker after the catastrophic 2015 winter, is likely to be re-convened in 2020. The decision to increase fares passed the board in March in a 4-0 vote, with one member abstaining.

Boston is most impacted by the failures of the @MBTA.

It’s our residents, our workers & our commuters who feel the pain. Yet we do not have a seat at the table when decisions about the T are made.

I’m calling on the @MBTA to reinstate a local seat on the oversight board.

An investigation is still underway into why an MBTA car became dislodged on its way into JFK/UMass, traveled a reported 1,800 feet off the rails, and smashed into a shack stocked with signal equipment, causing some of the worst headaches seen on the Red Line in some time. T officials said Monday that a report from an outside firm on the incident and other recent derailments would be publicly available within three months. The T will also launch a separate review of safety in general, officials said Monday.

It was the MBTA’s fifth derailment of the year.