Police shot and killed a 19-year-old Monday after he allegedly fired at officers. 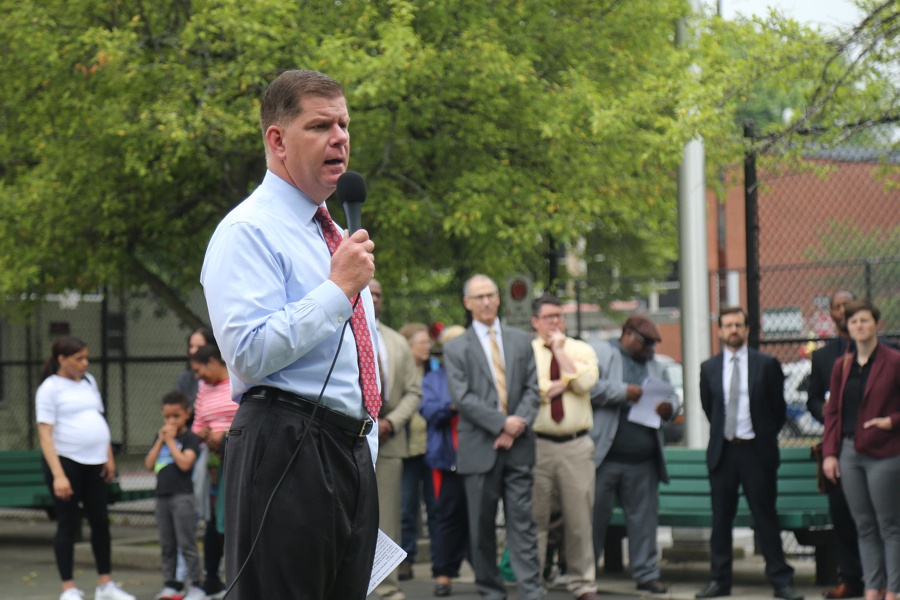 After police shot and killed a 19-year-old suspect who allegedly fired at officers in Dorchester, Boston Mayor Marty Walsh is calling the incident “tragic and traumatizing.”

“Any act of violence in our city is tragic and traumatizing,” Walsh said in a tweet late Monday evening. “We will continue to focus on preventing crime by creating more opportunities for our young people, and a path away from violence.”

We will not rest until all residents feel safe and supported in their neighborhood each and every day.

The mayor’s comments came after police announced that a confrontation and chase involving several officers and a 19-year-old man had ended fatally. Boston Police Commissioner William Gross told reporters in a Monday night press conference that two officers on bicycles chased the suspect, who had not been identified by midmorning on Tuesday, after receiving reports of shots fired near the Town Field park. Once police caught up to him on Penhallow Street around 5:30 p.m., he refused to drop a gun he was carrying and then shot at the officers, Gross says, at which point the police returned fire. He was later pronounced dead at the scene.

A second man was spotted with the suspect, but managed to flee.

The Suffolk District Attorney’s Office is investigating, and will review body camera footage. Officers involved in the shooting are on leave and will be evaluated, per protocol.