You Can’t Make Boston Fly Your Flag If It Doesn’t Want To, Court Says

A conservative summer camp and a "straight pride" group are trying to force the mayor to let them use municipal flag poles. 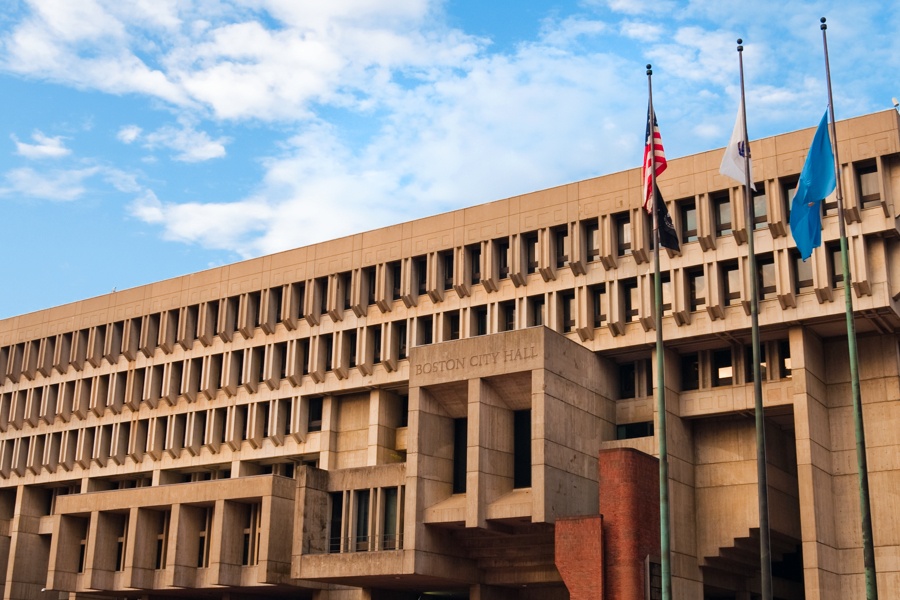 No, you can’t make Boston officials fly a Christian flag at City Hall if they don’t want to, a federal court told a conservative activist on Thursday, upholding a ruling from another court last year.

UniversalHub reports that the U.S. Court of Appeals for the First Circuit agreed with a U.S. District Court ruling that Hal Shurtleff, the operator of a Christianity and patriotism-themed summer camp called Camp Constitution, can’t force the city to fly a flag featuring a Christian cross.

This comes amid a campaign led by the right-wing group organizing the “straight pride” parade to make City Hall fly its pro-hetrosexuality flag the day of its demonstration. While Mayor Walsh’s office has given the group the green light to march through Boston next month and hold a rally at City Hall, it has said it will not fly the group’s flag. The city asserts control over the flag poles, and says it’s up to them what kinds of flags fly there. Walsh has said he does not support the “straight pride” group’s message.

So far, when it comes to the Christian flag, the courts agree. Shurtleff filed a lawsuit against the city last year, arguing that the city violated his rights by refusing to fly his flag, which is red, white, and blue, and features a prominent cross. A federal judge last August denied his request for an injunction that would have made the city fly the flag during a Constitution Day demonstration at City Hall Plaza. The lawsuit is ongoing.

In their flag pole fight, Shurtleff and the “straight pride” parade have joined forces: The parade group identifies Camp Constitution on its website as one of its “allies” and Shurtleff recently featured one of the parade’s founders on a radio show he hosts.