As the city prepares for Independence Day, so should you. 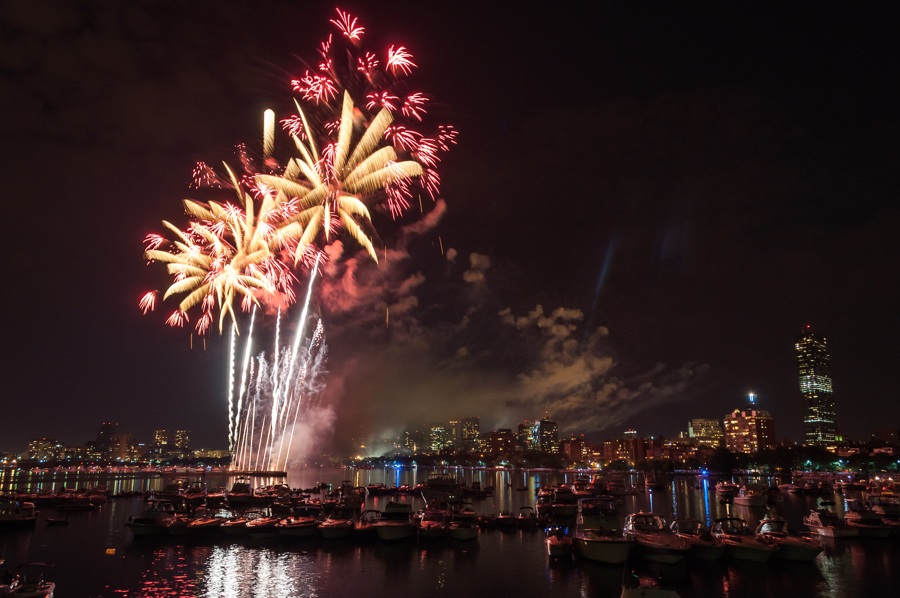 July 4th fireworks above the Charles River in Boston

As Boston prepares for yet another Fourth of July celebration along the Esplanade, a few words of warning: Leave the backpacks and drones at home, take public transportation, stay safe, and beware the road closures.

That was the message again this year as officials prepped the public for the Independence Day celebration, expected to bring a swarm of visitors to the city to celebrate.

Want to avoid the giant mass of humanity for the holiday? You can always head to less crowded digs at these Fourth of July celebrations outside the city. But if you insist on staying, here’s what you should know:

This year’s Boston Pops Fireworks Spectacular at the Hatch Shell, featuring headliner Queen Latifah, kicks off at 8 p.m., with fireworks going from 10:30-11 p.m. on Thursday. Checkpoints en route to the Esplanade open at 9 a.m. A fireworks-free rehearsal, which is open to the public, begins at 8:30 on Wednesday. Esplanade checkpoints open Wednesday at 4 p.m.

Be sure not to bring any banned items, which according to State Police include backpacks, rolling coolers (over-the-shoulder coolers are fine), alcohol, weapons (including pepper spray), glass, cans, grills, and, obviously, fireworks. Bicycles will not be allowed through checkpoints.

Those hoping to view the festivities from a boat in the Charles are asked to anchor at least 100 feet away from shore and 1,000 feet away from the fireworks barge. The New Charles River Dam will be closed from 7:45 p.m Thursday to 2 a.m. Friday, and the Craigie Drawbridge will close from the start of fireworks until 1 a.m. Don’t have the budget for a motorboat? Kayaks, canoes, and rowboats are also welcome on the Charles, so long as they have “a white all-around light, a sound signaling device” and lifejackets, police say.

Drones are once again a no go for July 3 and 4. State Police say anyone caught flying any unmanned aerial devices could be charged with a felony.

Attendees have been asked to report anything suspicious by calling 911 or using the text-a-tip line at 67283. Texts sent to that number should begin with the characters “B4,” and then the tip.

The MBTA will be running fare-free after 9:30 p.m. on Thursday, and will operate a rush-hour schedule after 2 p.m. An express shuttle will run between Boylston and Riverside stations after the fireworks. Otherwise buses will be on a Sunday schedule. The Commuter Rail will run on a Saturday schedule. More info can be found on the T’s website.

Drivers should also heed the planned road closures, which State Police outlined in a release:

7:00 a.m.:
1. NO parking on Mugar Way from Arlington Street to Charles Street until 6:00 a.m. on July
5th. All vehicles remaining will be removed.

7:00 a.m.:
1. Esplanade walkway adjacent to the Charles River closed to pedestrians and bicyclists from
the area of Community Boat Club to the front of the Concession Stand. All pedestrians and
bicyclists will be directed to the sidewalk adjacent to Storrow Drive until approximately
3:00 p.m.
2. Oval area closed to public for Pops rehearsal (Will re-open at approximately 4:00 p.m., or
as determined by Boston 4 Productions and the Incident Commander.)
3. The exit to Arlington Street from the Storrow Tunnel (eastbound) will be closed until 6:00
a.m. July 5th.
12:00 p.m.:
1. Right hand travel lane on Storrow Drive westbound will be closed.
2. Esplanade curbside reserved for permitted bus parking, from the Longfellow Bridge
westbound to the Fielder Footbridge.
3. Traffic will continue west bound on Storrow Drive.
4. There will be NO public parking along Storrow Drive for either the rehearsals or the
concert.
3:00 p.m. (Or At A Time To Be Determined By The Incident Commander):
1. Storrow Drive will be closed to westbound traffic from the Charles Circle to the Bowker
Overpass. All westbound traffic will be diverted to Charles Circle. Westbound traffic may
re-enter Storrow Drive westbound by heading down Charles Street, to Beacon Street, to the
westbound entrance at the Bowker Overpass.
2. Mugar Way at Beacon Street closed to vehicular and pedestrian traffic. This will remain
closed until the early morning hours of July 5th. Pedestrians will be directed to Berkeley
Street for entrance to the Esplanade.
3. Berkeley Street at Beacon Street closed to vehicular traffic.
4. Storrow Drive eastbound will be closed and detoured at the Bowker Overpass. It will
remain closed until July 5.