The former Michigan governor has officially been run out of town. 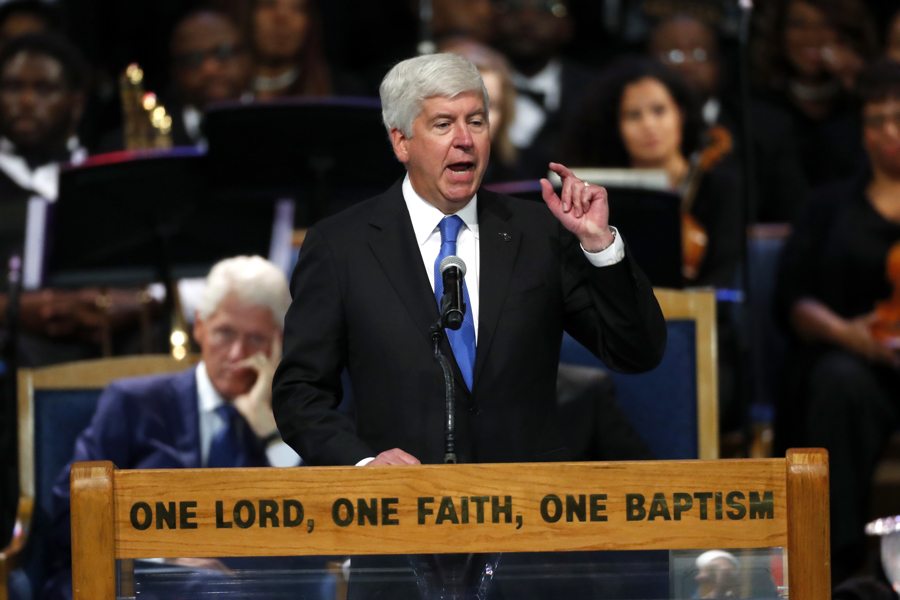 When Harvard first announced that former Michigan Gov. Rick Snyder would be featured as a “research fellow” last week, the backlash was immediate.

Why, critics asked, would Harvard’s vaunted Kennedy School of Government want to give such a prestigious position to a man widely derided for his response to the ongoing water contamination crisis in Flint? What, they wondered, did students stand to learn from someone who’d had a hand in so much suffering?

After days of mounting pressure on both the university and the midwestern Republican, Snyder has announced that he and Harvard are parting ways.

“I have informed the [Harvard Kennedy School] that I am turning down its offer,” he wrote in a Wednesday afternoon tweet. “It would been exciting to share my experiences, both positive and negative; our current political environment and its lack of civility makes this too disruptive. I wish them the best.”

I have informed the HKennedy Sch that I am turning down its offer as Snr Res Fellow. It would have been exciting to share my experiences, both positive and negative; our current political environment and its lack of civility makes this too disruptive. I wish them the best.

The Kennedy School announced Friday that Snyder would spend a year as a senior research fellow at its Taubman Center for State and Local Government. A press release that touted his career in politics did not mention the ongoing crisis in Flint, where he has been criticized for his delayed response to complaints from largely black and low-income residents about water quality. Contaminated water in the city exposed more than 100,000 to contaminants and toxic levels of lead, and is believed to have killed a dozen people sickened by Legionnaires’ Disease.

The appointment was met with outrage on social media, including from members of the Harvard faculty and the Harvard College Democrats, who wrote that the decision “betrays the values and mission of the Harvard community and validates Governor Snyder’s legacy of racism.” Nearly 7,000 people signed a Change.org petition calling for the appointment to be rescinded.

The Kennedy School has not responded to a request for comment.

According to an image shared online Wednesday, its dean, Douglas Elmendorf confirmed the news in an email to faculty. He said that he and his colleagues acknowledge the role Snyder played in the water disaster, but said the school “needs to study both failures and successes of government.” Elmendorf also described the decision to split as mutual. “We appreciate Governor Snyder’s interest in participating in such discussions in our community,” he wrote, “but we and he now believe that having him on campus would not enhance education here in the ways we intended.”

Here’s what the Kennedy school Dean just emailed faculty about #RickSnyder and his withdrawal. /1 pic.twitter.com/2CzEWjahNN

Harvard fellowship appointments have come under close scrutiny in recent years, as critics have railed against the addition of former Trumpworld figures—including Sean Spicer and Corey Lewandowski—to the roster at Harvard’s Institute of Politics. In the past, the school has said it does not consider fellowships to be “honorifics,” but instead sees them as a chance for students to discuss the day’s hot-button political issues.

Harvard has, however, shown itself vulnerable to public pressure campaigns. In 2017, it rescinded a fellowship invitation offered to activist and whistleblower Chelsea Manning amid outrage and another fellow’s resignation. In May, it removed law professor Ronald Sullivan as a house dean after students complained about his decision to join the defense team for the Hollywood producer and accused serial rapist Harvey Weinstein.