Defense attorney Alan Jackson grilled the alleged victim on the whereabouts and contents of his cell phone, which went missing. 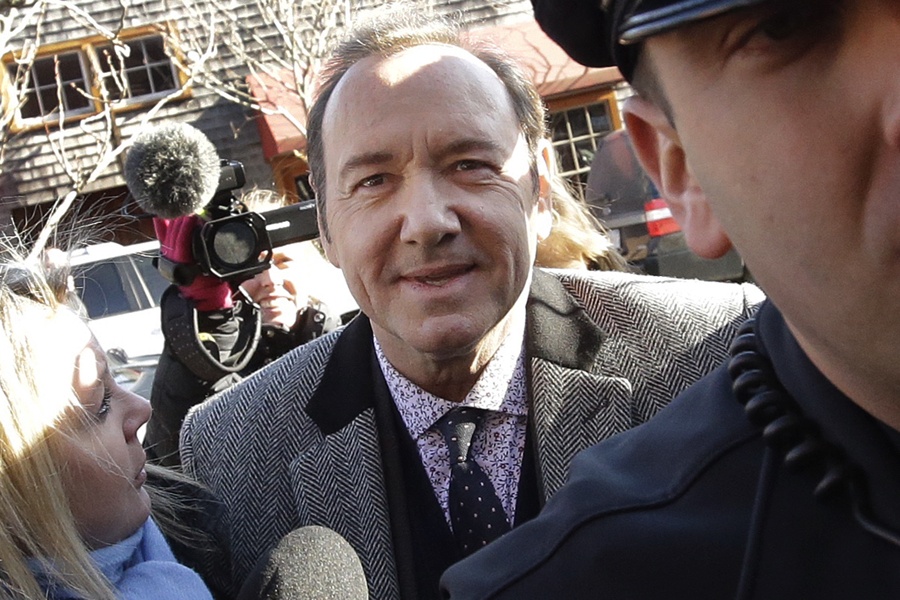 After a round of contentious questioning at a pretrial hearing Monday, the man who accused Kevin Spacey of groping him at a Nantucket bar in July 2016 when he was 18 years old chose to exercise his Fifth Amendment right not to testify in court, excusing himself from further questioning and striking his prior testimony from the record.

The Judge, Thomas S. Barrett, said he would allow the Cape & Islands DA’s Office time to determine their next move, and that the case likely will not be dismissed today. However, he also stated that, without the accuser as a witness, it could be difficult for prosecution to go on.

The 59-year-old House of Cards actor faced criminal charges of indecent assault and battery in connection with the 2016 incident.

The alleged assault was first brought to light in November 2017, when former Boston TV news anchor Heather Unruh, the mother of the alleged victim, described Spacey’s predatory behavior inside the Club Car Restaurant on July 8, 2016. Unruh claimed that Spacey bought her underage son drinks before sticking his hands down his pants and grabbing his genitals.

“My son was a star-struck, straight, 18-year-old young man who had no idea that the famous actor was an alleged sexual predator, or that he was about to become his next victim,” Unruh said in a news conference. “Kevin Spacey bought him drink after drink after drink. And when my son was drunk, Spacey made his move and sexually assaulted him.”

Spacey was arraigned in January and pleaded not guilty.

At issue in Monday’s hearing was the accuser’s cell phone, on which the accuser took video and sent texts to his girlfriend as the alleged assault occurred. The prosecution said it mined all the relevant data from the phone and shared it with the defense, and then gave the phone back to the accuser’s family, which the case’s lead investigator says is a standard practice after data extraction. The defense wanted to examine the phone itself, saying that critical data may have been deleted before the phone was turned over to police.

However, the accuser and his mother claimed that they didn’t know where the phone was—and that they hadn’t seen it since Unruh delivered it to police in December 2017. Police said that they returned the phone to the accuser’s father, but he says he does not remember receiving it.

Early in the hearing, the defense latched on to one particular detail: that Unruh admitted to the case’s lead investigator, Trooper Gerald Donovan, that she had deleted some “frat boy activities” from her son’s phone before handing it over. Unruh was not explicitly instructed to not delete anything from the phone. However, the defense claimed that there were several inconsistencies within the data mined from the phone—mismatched screenshots, a group text outlining the assault that mysteriously disappeared—indicating that information critical to the case could have possibly been deleted or altered.

Because the accuser and his mother were not able to produce the phone today, they were both ordered to testify as to its whereabouts and contents. During his testimony, the accuser acknowledged that there were texts missing on one of the screenshots initially supplied to police, but that he wasn’t sure how that occurred. He has attempted to recover the full conversation, but has not been able to find the texts due to technical difficulties.

“I have no knowledge of any deletions on my phone,” he said.

Unruh will take the stand herself this afternoon.